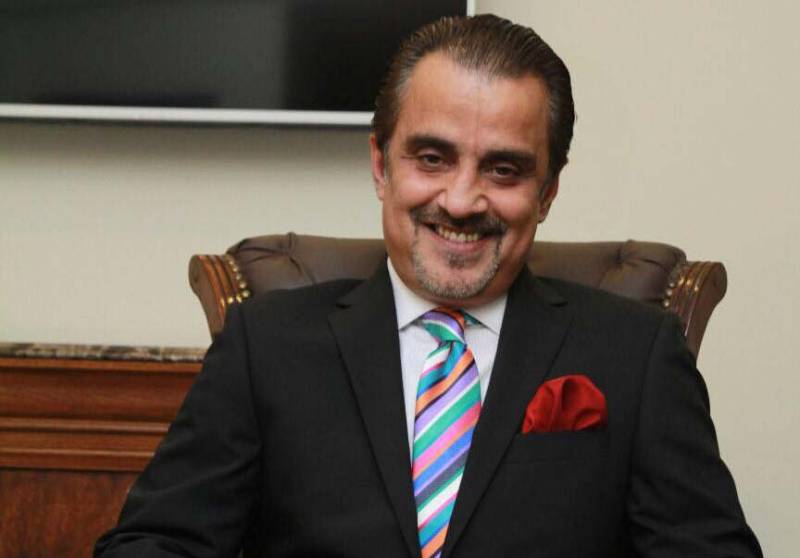 Related: The man who robbed the Italian Mafia is now after an innovative Pakistani startup, Investor’s Lounge

In a message on Facebook, Mir Mohammad Ali Khan stated that an attempted-murder case is allegedly being filed against him.

Responding to the charge that he is a fugitive for financial fraud in the US, he said in the message that he has 'defeated Zionists' in the fraud cases he had supposedly been on the run from since May 1999.

The message quickly goes from strange to bizarre and ends with him claiming that "Elliot Spitzer [Attorney General of New York] himself goes to jail for filing false charges against me", and that he will now "fight ugly."

Eliot Spitzer was, in fact, not ever convicted of a crime in the US and has not ever been jailed. In July 2008, he was briefly embroiled in scandal after it was alleged that he had misused public funds to pay for a night with a prostitute.

However, he was later cleared by federal prosecutors in November of the same year, after no material evidence for the misuse of public funds was found against him.

Attempted Murder Case Is Being Filed Against Me To Pressurize Me To Drop The Case...‪#‎MirMak‬ ‪#‎NESTIO‬ ‪#‎JehanAra‬ ‪#‎PASHA‬ ‪#‎ARPATECH‬I never thought i would live to see this day. As you all know that i filed a legal case against my four ex employees in the court for stealing our software while employed by us. They took the software and the idea from us and went to Nest I/O and gained funding. What took us 16 months to develop Investors Lounge launched in a few months backed by NEST I/O. I took the most legal route a citizen of Pakistan can take, going to the court and waiting for the court to decide.

Today was the hearing and the main culprit Baqar Abbas Jafri was presented in the court. Baqar Abbas Jafri backed by Jehan Ara of Nest I/O filed a petition in the court against me and my employees for ATTEMPTED MURDER. Pressurizing me to drop the case. Attempted Murder ? This is how NEST I/O does things ? This is the example Jehan Ara is setting for the youth of Pakistan ? Instead of admitting their mistake and realizing that they had done NO DUE DILIGENCE before funding Investors Lounge and correcting the mistake, they want to use such shameful tactics of bullying me. On one hand NEST I/O approached me through 4 different people in the past 2 days, one being on their advisory board, asking me to come to mediation so things can be settled amicable, which i agreed to, and on the other hand they were gaining time till today's hearing where they put up a request to file an attempted murder case against me and my employees.

I had refrained myself from making any comments about the case and i had announced it. Every journalist who called me i told them that "let the court decide".. I did not utter a single bad word against anyone neither i used social media to gain any favours. But this is too much.

Let me tell you Miss Jehan Ara and the Nest Team, i will die but i will not give in NOW. Forget Attempted Murder, put a Genocide case against me, i will not be pressurized into dropping my case. If New York Times and the Zionist Attorney General of New York i can fight for 16 years and finally the attorny general, Elliot Spitzer himself goes to jail for filing false charges against me by a twist of faith from Allah SWT, you think if i can fight the most powerful zionist lobby in the world for 16 long years and smile, YOU DO NOT COUNT. Your low life attempts of scaring me do not count.

YOU MADE IT UGLY NOW...And UGLY i fight.