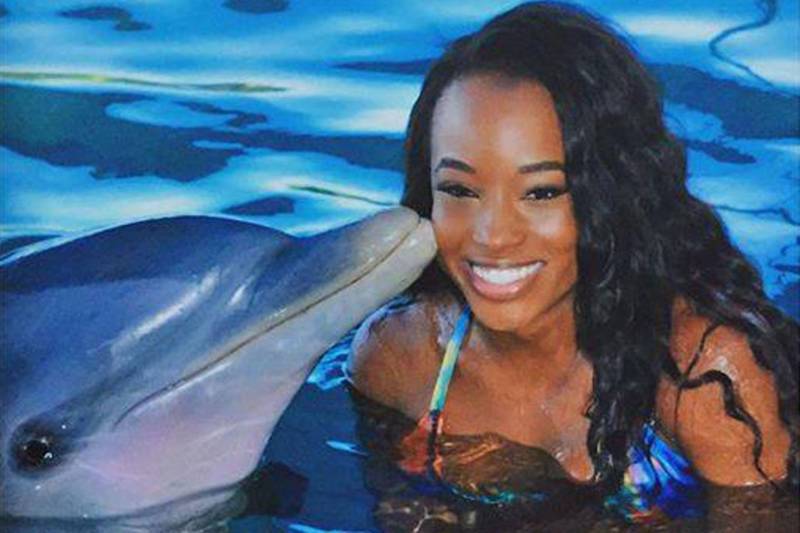 NASSAU, Bahamas (Web Desk) - A Miami Heat dancer whose iPhone was dropped into the ocean in the Bahamas shared video of a friendly dolphin returning the device.

The dancer, who uses the stage name Teressa Cee, shared video on her Facebook and Instagram of a dolphin returning her smartphone from deep beneath the surface of the water.

Cee and five other dancers from the Heat were swimming with dolphins on their day off from a photo shoot at Blue Lagoon Island in late September and she asked a videographer to hold her iPhone.

"This was actually my day off, and we were on Blue Lagoon Island, and we were doing an encounter with the dolphins, giving them kisses, hugs, watching them dance," Cee told WSVN-TV. 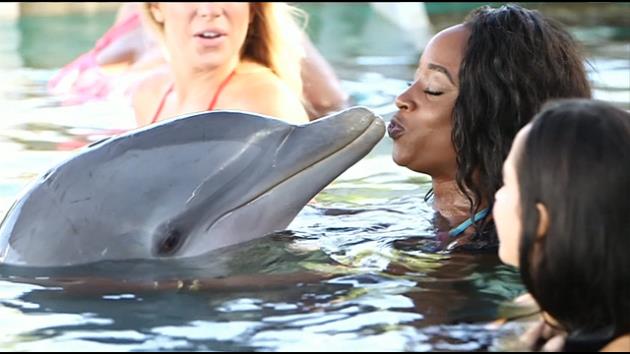 "I gave him my phone because he has, you know, heavy expensive equipment, so I thought, 'He's not gonna drop my phone.'"

However, Cee said the man dropped her phone into the water only a few minutes later. She said a dolphin trainer tried to retrieve the device, but it had sank too far for him to reach.

Cee said the phone had been in the water for about seven minutes before a trainer summoned a dolphin to the boat.

"The dolphin swam over, and he circled around, and he found it, dove down and brought it back up," she said.

True Story: While in the Bahamas, I had the opportunity to go swimming with dolphins on #BlueLagoonIsland. We were filming on this floating platform in the middle of the Atlantic Ocean. So, against a my better judgment I asked someone to hold my phone for me and he accidentally dropped my phone into water and it sank to the bottom. Cacique, the dolphin, actually retrieved my phone and brought it back up to me. Cutest thing ever! #Unbelievable #Bahamas #DolphinEncounter

Cee said she and the trainer were both shocked at the dolphin's actions.

"It was incredible," she told ABC News. "The trainer was actually as surprised as I was."

"We were all laughing and shocked," she said.