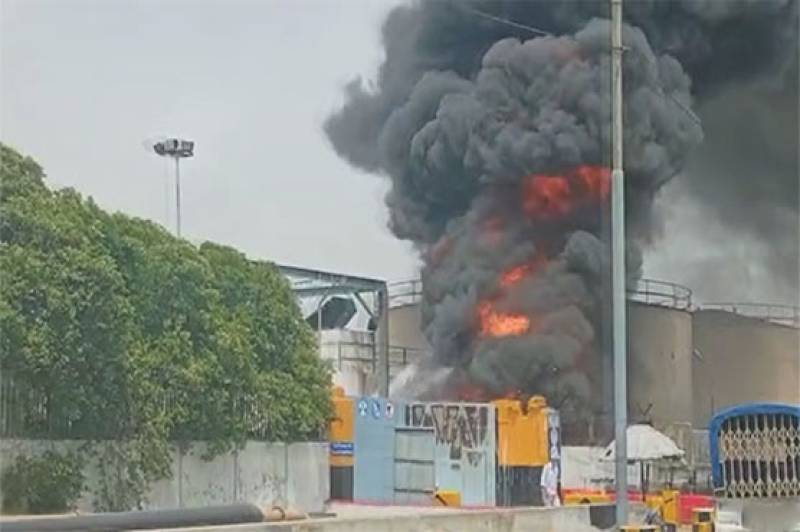 The deceased, who were working at the Keamari oil terminal at the time of the blaze, have been identified as residents of the Kutchi Para neighbourhood.

The blaze has been stopped from engulfing the further area after around ten vehicles of fire brigade joined the extinguishing process.

Petroleum supply was suspended countrywide after a massive fire erupted at an oil terminal at #Kemari before Rangers and Pakistan Navy personnel controlled the inferno. pic.twitter.com/93xltjTCL6

The All Pakistan Oil Tankers Owners Association (APOTOA) has announced to suspend the petroleum supply till the situation improved.

A spokesperson of the APOTOA said that they suffered a lot due to the blaze, adding that next action would be decided after the fire is controlled completely.

At present, all the vehicles have been removed from the vicinity of the engulfed oil terminal, Shahwani added.

The road leading to Keamari area has been closed for traffic, which has been diverted to an alternative route.