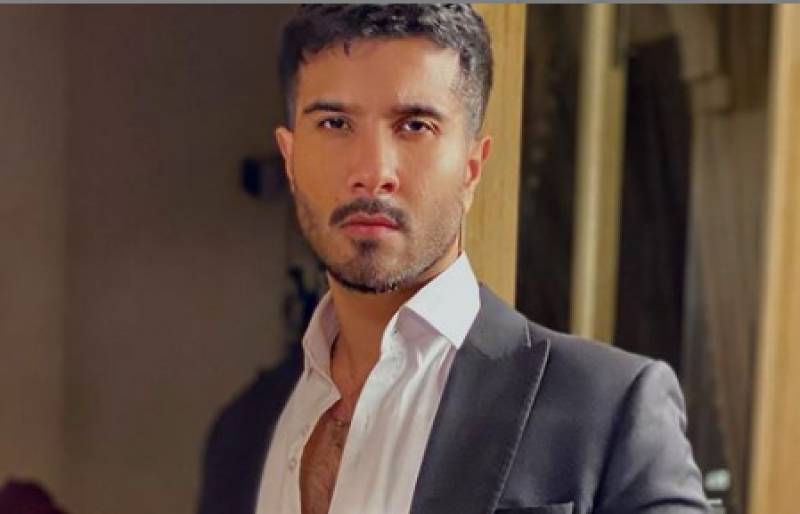 Feroze Khan's stardom is unmatched when it comes to dramas and in a short span of time, he has carved a niche for himself as the chocolate hero of the industry.

The Khaani star recently opened up about his cosmetic surgery and needless to say the hilarious results were completely unexpected.

The 31-year-old is undoubtedly quite handsome but turns out he went under the knife after the effects of a strict fitness regime began too apparent for his liking.

Speaking with Tabish Hashmi in a recent interview, he revealed that he had to engage in a heavy-duty fitness regimen back in the days which caused him to undergo a cheek job.

"I worked out, shaped my body, but soon realized that my cheeks dropped due to the excessive exercise. I called up a doctor and insisted him to place fillers on my cheeks," he narrated.

However, things soon went downhill as he realized his miscalculation and instantly regretted the cheek job.

"When I looked at myself in the mirror, I instantly wanted to dissolve them. Even in pictures, they made me look chubby and unfit," he laughed.

On the work front, Feroze Khan's Khuda Aur Mohabbat 3's fame has skyrocketed as it's every episode shatters records on Youtube.

Heartthrob Feroze Khan has been riding high on the success of his drama serial Khuda Aur Muhabbat 3 with the audience ...