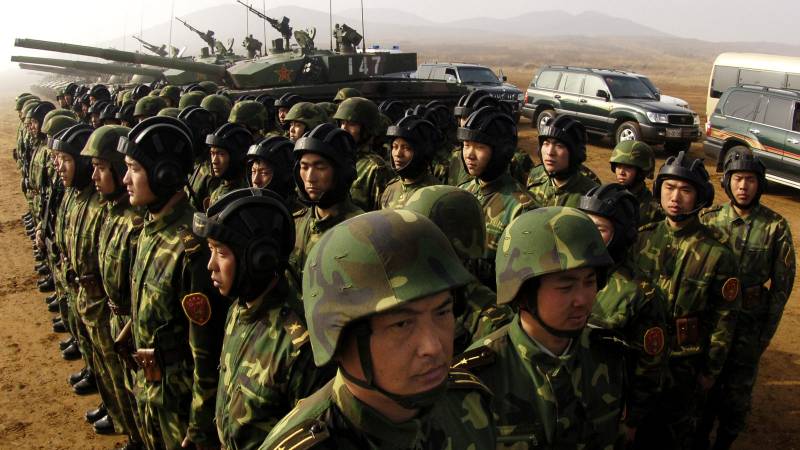 DAMASCUS - Two Chinese diplomats have raised the possibility of Chinese military operations in Syria alongside the Assad regime.

Speaking to Syrian pro-government daily Al-Watan on Thursday, China’s Ambassador to Damascus, Qi Qianjin, said that the Chinese military is willing to participate “in some way” alongside the Syrian Army in Idlib as well as other parts of Syria.

“We, China, wish to develop our relations with the Syrian Army. As for participating in the Idlib operation, it requires a political decision,” Chang said.

The Syrian opposition wants to transform Idlib from a de-escalation zone into a zone of a permanent cease-fire. Idlib was a top issue during the Astana meeting, as the Turkish delegation stressed the importance of maintaining the cease-fire in the region.

After more than seven years of a civil war that has left half of Syria’s population displaced, cities reduced to rubble, and over 500,000 killed, President Assad appears to be on the brink of victory.

Russia and Iran have both reinforced their support for Bashar al-Assad, who was losing on the battlefield until Vladimir Putin sent the Russian air force to prop up the Syrian leader in September 2015. Iranian-led ground troops have been central to clawing back lost ground, while opposition groups, splintered and divided, no longer pose a sustained threat to the regime.

However, Idlib and eastern Idlib, despite sustained attacks, remain formidable obstacles to a leadership that has pledged to return all of Syria to central control.

In Idlib, more than 2.5 million people, many of them displaced from elsewhere in the country, are crammed into a small province faced with ever increasing humanitarian needs.

At least 270,000 people have fled their homes in the region as fighting continues, the UN says.