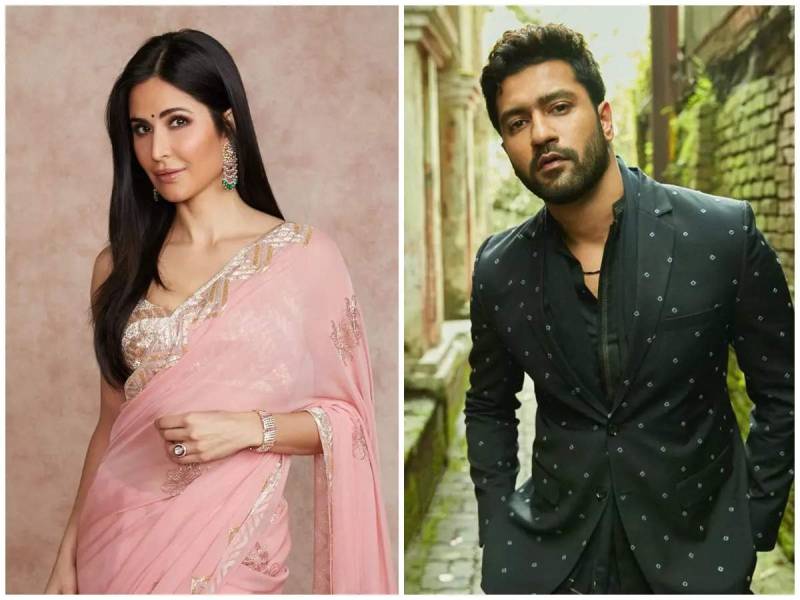 Reports about Bollywood lovebirds Katrina Kaif and Vicky Kaushal's lavish wedding continue to make rounds on the internet and now the news has been officially confirmed.

According to the Indian media, the administration of Sawai Madhupur district of Rajasthan has issued a notice of the meeting regarding the marriage of Katrina and Vicky and a picture is also circulating on the web. 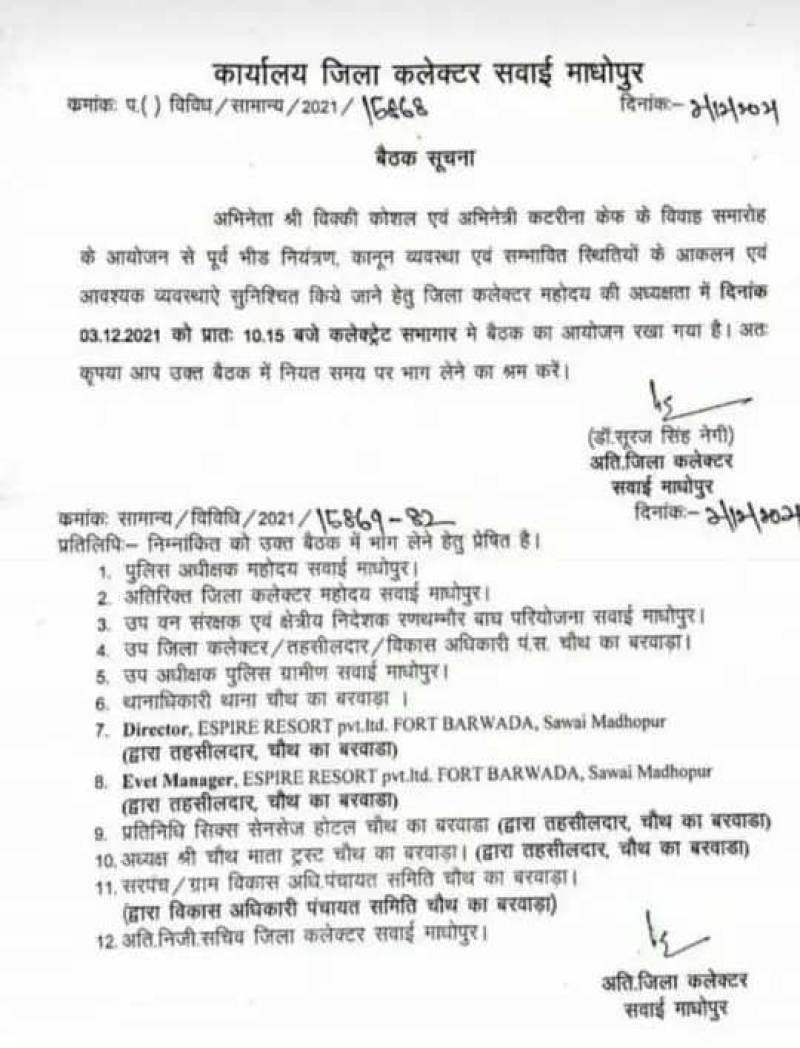 The meeting was held in the presence of District Collector Rajendra Kishan, Superintendent of Police Rajesh Singh, ADM Suraj Singh Negi and representatives of the event company.

It has been reported that wedding festivities will take place at the royal property from December 7 to December 9. A sangeet, mehndi and wedding ceremony are expected to take place in the presence of their families and friends.

Moreover, it discussed measures taken to maintain order before the wedding of the Bollywood star couple and protect the actors attending the wedding and control the crowd of fans.

While the media continues to buzz about the wedding, Katrina and Vicky have not confirmed or denied the news about their marriage.

Speculations are rife that Bollywood’s rumoured beaus Katrina Kaif and Vicky Kaushal will be sealing the deal ...