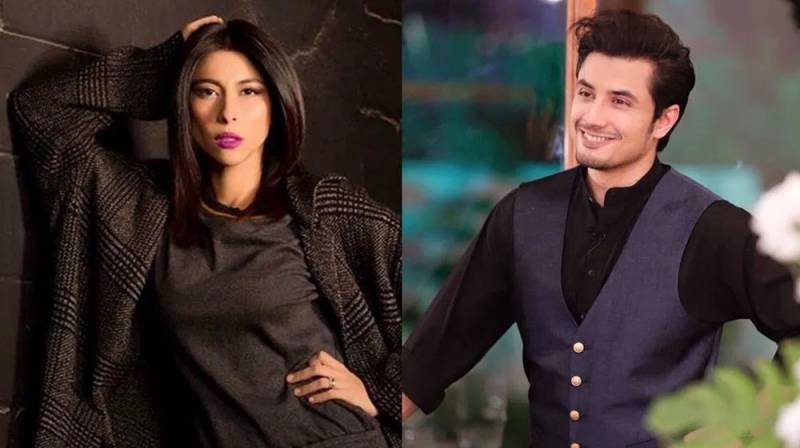 In the latest development in the defamation suit filed by Ali Zafar against Meesha Shafi, the model-cum-singer, her mother Saba Hameed and Ali Gul Pir have filed a petition for an apology.

The case was heard at a Lahore court against the Teefa in Trouble star. The court adjourned the hearing till the lawyers of the parties appeared.

Speaking to the media, Meesha Shafi said this was the first time that the court summoned her and she appeared.

Back in April 2018, Meesha took to her social media handles and claimed that she was subjected to sexual harassment “of a physical nature” by Ali Zafar on multiple occasions, using the hashtag #MeToo to link it to a global campaign against sexual harassment and assault.

Later, the Rockstar singer in June 2018 filed a defamation suit at a Lahore court through his lawyer, requesting the court to direct Meesha to tender an apology for levelling baseless allegations and pay Rs1 billion in damages.

The aftermath of Noor Mukadam's brutal murder has led to the impromptu femicide debate that pointedly attacks the ...