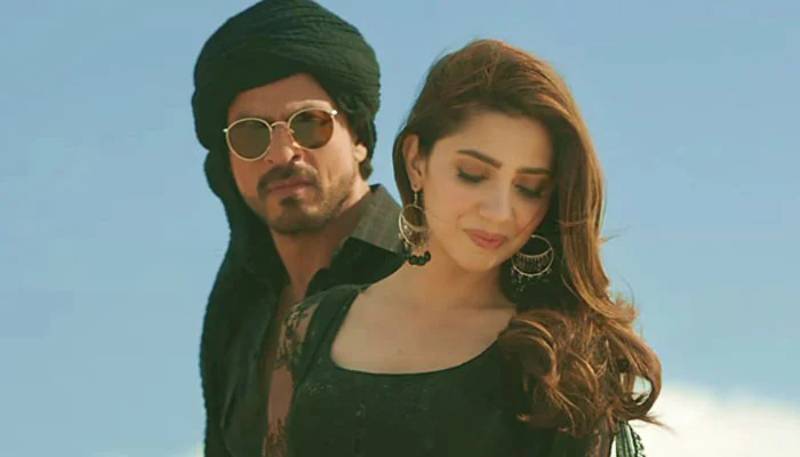 Pakistan's ace actress Mahira Khan doesn’t mind fangirling over Bollywood's King Khan Shah Rukh. While both the megastars have shared the screen in what was Mahira's Bollywood debut in 2017, the 37-year-old is still smitten with the Don actor's charisma and made it super clear on multiple occasions.

The Bin Roye diva was recently seen interacting with her millions of fans on Twitter. The Parey Hut Love actress was fielding a number of questions when a fan asked her an interesting question. Upon asking about a scene that the Hum Kahan Ke Sachay Thay actress would like to recreate with the My Name Is Khan star, Khan cited a still from the song Zalima from the blockbuster film Raees and wrote, “This! ;)"

For those unversed, Raees was released in January 2017 directed by Rahul Dholakia and produced by Gauri Khan, Ritesh Sidhwani, and Farhan Akhtar.

On the work front, Khan is currently basking in the success of The Legend Of Maula Jatt opposite Fawad Khan.

Shah Rukh Khan, on the other hand, has three big releases in the pipeline including Pathaan, Jawan, and Dunki.

Did you know how Shah Rukh Khan spent his first-ever salary?