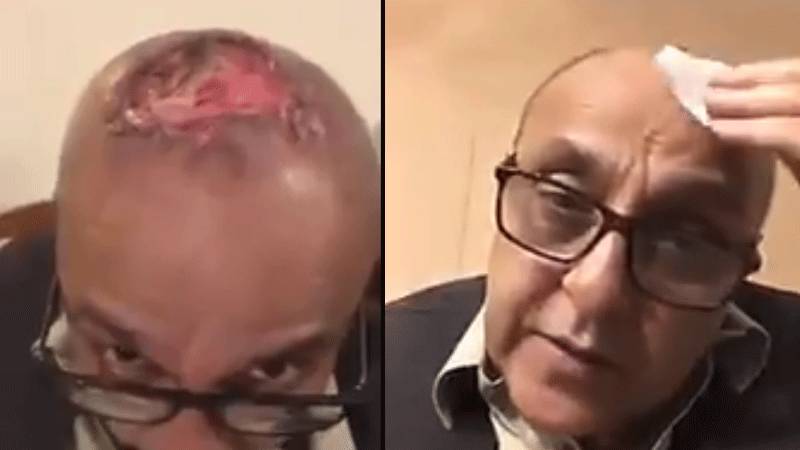 In a video message, Hasan begins from the start by narrating how an old acquaintance, a medical doctor, had been pleading him for nine years to get a hair transplant done from him. "So [around] two months ago, I accepted [his plea]," said Hasan.

Little did he know that his hair transplant would go very wrong.

Hasan said that he underwent the procedure without any tests, though he knows now that that isn't standard procedure. He said that the doctor, whom he left unnamed, just laid him down and attempted the hair transplant on him.

Watched Sajid Hassan's video. I'm not posting the images as some of you might find them disturbing. Tbh, I'm hopeless and I don't expect the government to revoke their licences or take an action against them. So beware of these unqualified cosmetic surgeons. Don't trust the ads. pic.twitter.com/OdkiZbUCr4

"I fell ill the next day," shares Hasan. "For 10-15 days, I was in bed with a fever and infection and the doctor just kept assuring me that I'll get better." Hasan revealed that the doctor would only cleanse his scalp with saline water when we would go in for check-ups.

"It's been one month of a lot of suffering for me and family. I've lost out on some work. Through this video, I want to raise awareness about the importance of research. Everyone should check 10 times before undergoing a procedure and opt for the right surgeon."

The video went viral on social media and people have since been tweeting about it.

Hasan, a graduate of Karachi University, is a known face of the entertainment industry — having acted in scores of television dramas, theatre plays and films.