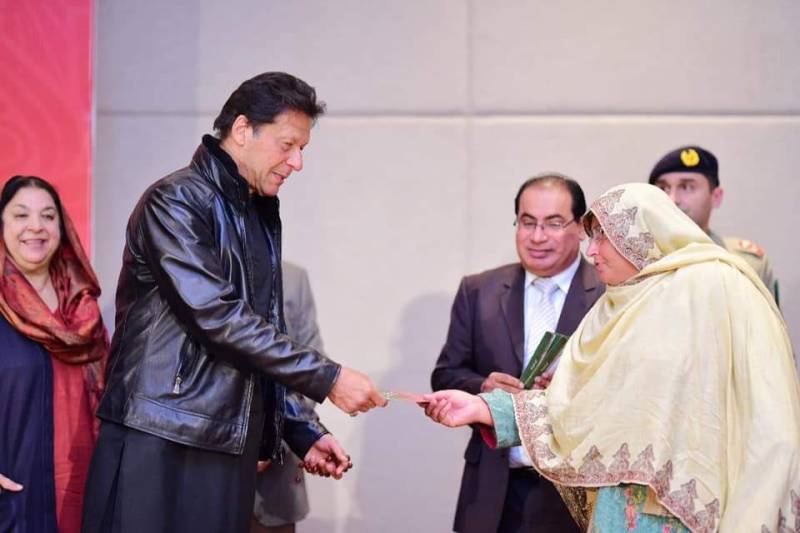 “No country can progress until it spends for the uplift of education and health sectors. The government was striving to improve these sectors ensuring the best possible use of available resources,” the prime minister said addressing a ceremony of distribution of Sehat Cards among the needy people in Islamabad.

Initially, programme is launched in Islamabad and KP tribal districts, #SehatSahulatProgramme will be extended to other parts of country in phases. Over 80 Million needy people will benefit from the revolutionary health insurance programme pic.twitter.com/H9NQGGdsvV

Every family will get health insurance of over 7 Lakh rupees. Over 10 Million people in Punjab will also benefit from the scheme

The survey for the eligible applicants is conducted, all families having PMT score under 32.5 will get the cards !#SehatSahulatProgramme pic.twitter.com/6SAAB2lQES

The prime minister said the Sehat Insaf Card would support the medical treatment of up to Rs 720,000 per family. The initiative proved a success in Khyber Pakhtunkhwa where around 69 percent of the poor families were given such cards who received quality healthcare.

He said he had come to know the agony of the poor families after his own mother suffered cancer when there was no cancer hospital in the country. He said sometimes, the poor family had even to sell out their belongings if any of the family members suffered any major disease. 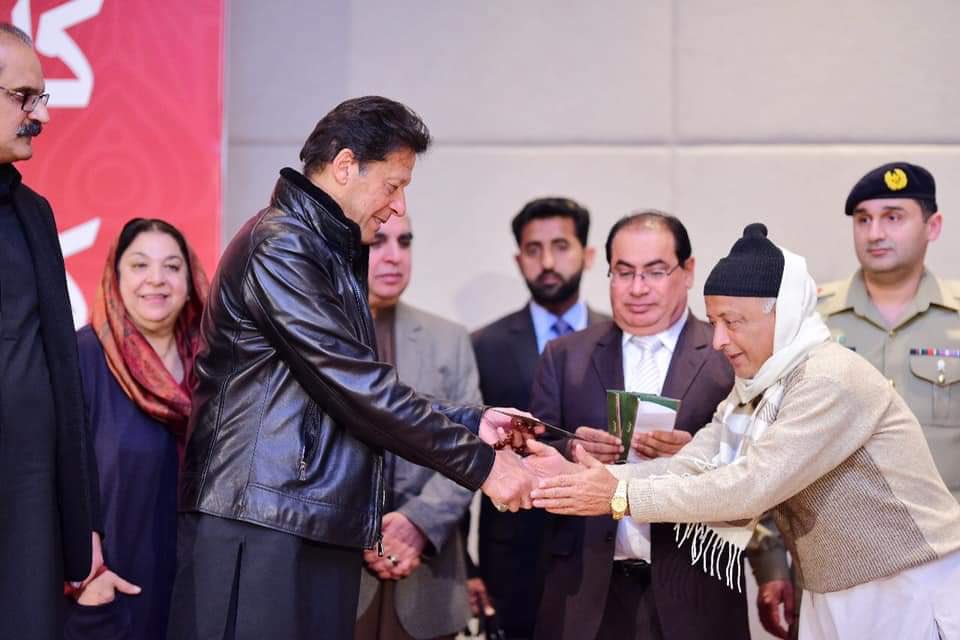 The prime minister, who earlier distributed Sehat Insaf Cards among the beneficiaries, said it would provide healthcare protection to the poor families. No one could be more helpless than the one having no resources for medical treatment of his dear one, he said. Such societies also invite the wrath of Allah, he remarked.

He said all of the government’s policies revolved around its manifesto of poverty alleviation from the country by giving incentives to industries and allowing the investors to create wealth that would create job opportunities and thus reduce alleviate poverty.

He said the card would initially be distributed among the families in Islamabad and erstwhile FATA region those had suffered immense hardships in the recent past.

He said within a month, the Punjab government would also provide Sehat Insaf Card to around 10 million people in the province.

The prime minister said the government was alive to the problems being faced by the people consequent to the devaluation of rupee caused by an inherited trade deficit that had inflated the power and gas tariff.

He told the audience that he would soon launch a well-coordinated poverty alleviation program that would provide an umbrella cover to all existing social welfare programs like Pakistan Baitul Mal, Zakat and Benazir Income Support Program.

The government would also provide easy loans to poor for house construction.

He announced to launch revamping of services in the hospitals starting from cleanliness that would follow the upgradation of healthcare standards.

He told the gathering that the country was rich with tourism potential of around $40 billion and the offshore drilling activity has also started in the country.

The prime minister said the government had targeted to develop Pakistan as a welfare state by fulfilling all fundamental needs of the needy people. Under the legal reforms, the government would provide consular support to the poor applicants who could not afford to hire a lawyer, he announced.

Minister for National Health Dr. Amir Kiani said Rs 720,000 health insurance cover was the highest ever provided by the government. He said the prime minister had personally raided different hospitals in Islamabad and Rawalpindi that evidenced his seriousness to improve the medical facilities.

He said the government desired to develop Islamabad as health city and planned to construct three new hospitals in the federal capital. He also unveiled the government's plan to promote health tourism to attract people from other countries to get medical care.

He said the health insurance cards would be given to needy people across the country including AJK and Gilgit Baltistan and 85,000 families in Islamabad.

He said using this card, the beneficiaries could get medical treatment for the diseases including heart, burn injuries, diabetes, dialysis, cancer, neurosurgical and emergency treatment at the designated hospitals. The card would also cover the travel charges of Rs 1,000 for the patient and medicine for up to five days.

The minister said the government had targeted to provide Sehat Insaf Card to around 15 million people within two years. Using the database, the NADRA would also call the beneficiaries to get their feedback to improve the services, he added.

Syed Sakhi Hussain Shah, a beneficiary from Islamabad thanked the government for providing the health insurance card to support the healthcare to his family. Shah, who lives in a cottage in Alipur locality of the federal capital, said he could not afford the medical treatment of his eight-member family from his meager income of tailoring.

Muhammad Yousuf, a resident of Chatta Bakhtawar area of Islamabad said he supported his family by rearing cattle. The earning was unable to even support the daily expenses what to talk of medical treatment of any serious illness. Therefore, this Sehat Card would provide him protection by allowing healthcare to his family without any charges.