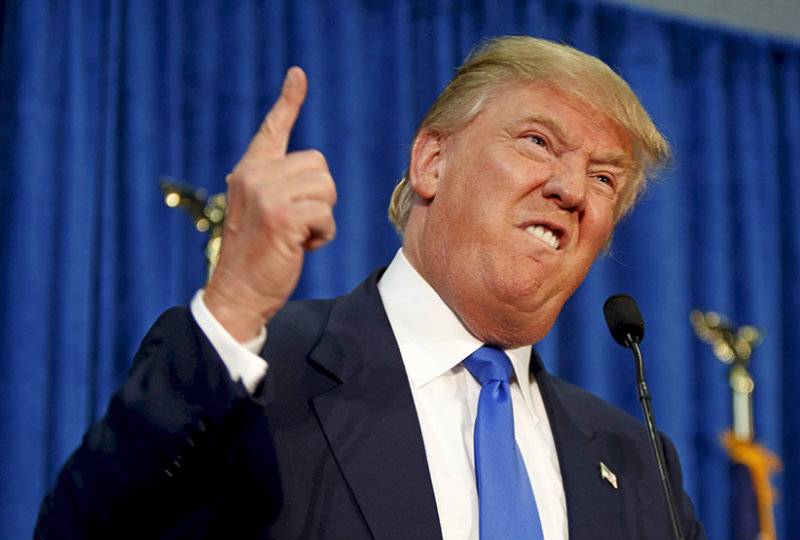 WASHINGTON (Web Desk) - Republicans’ presidential front-runner Donald Trump has released his first televised campaign ad, calling for a temporary ban on all the Muslim immigrants and tourists from visiting the US.

The commercial started off by reminding viewers of the San Bernardino, California, mass shooting last month. Because that attack was linked to the Islamic State (IS) terrorist group, the ad's narrator touted Trump's plan to temporarily bar all Muslim immigrants and tourists from visiting the US.

"The politicians can pretend it's something else, but Donald Trump calls it 'radical Islamic terrorism,'" the narrator said as scenes from the shooting were displayed. "That's why he's calling for a temporary shutdown of Muslims entering the United States until we can figure out what's going on."

"He'll quickly cut the head off ISIS and take their oil," the narrator said of Trump, using an alternative name for the Islamic State. "And he'll stop illegal immigration by building a wall on our southern border that Mexico will pay for."

The ad, which was first reported by The Washington Post, came after Trump long held off running traditional television ads. On the campaign trial, the billionaire businessman and former reality-television star frequently boasted that his media coverage had freed him of the need to advertise.

Trump rhetorically shrugged when John Dickerson asked him on Sunday's "Face the Nation" why he was launching the ad campaign.

"Honestly, I don't know," he said, according to the CBS show's transcript. "I think I'm probably wasting the money. But I'm $35 million under budget."

In a statement released Monday morning, Trump vowed to spend $2 million a week on television ads in the early-primary states.

"I am very proud of this ad - I don’t know if I need it, but I don't want to take any chances, because if I win, we are going to Make America Great Again," Trump said.