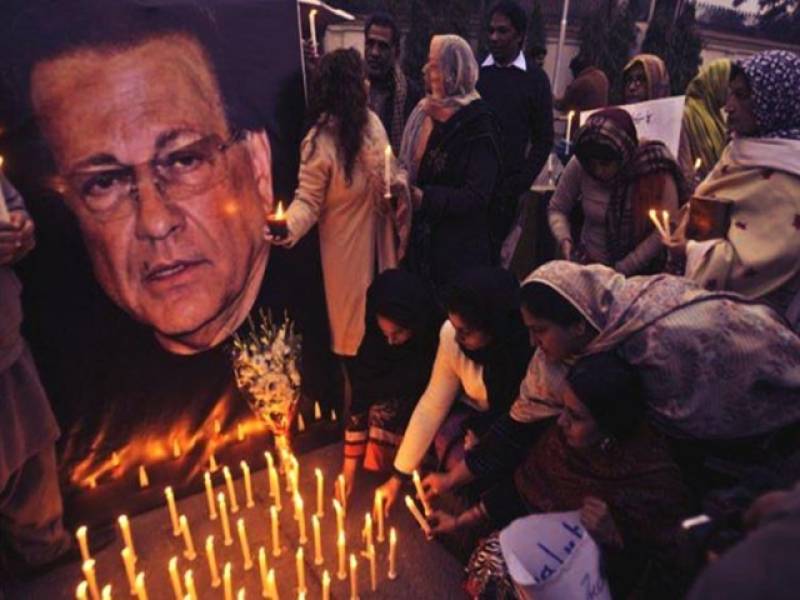 The former governor was shot dead by his bodyguard, Mumtaz Qadri, on January 4, 2011, allegedly because Taseer had defended a Christian woman, Asia Bibi, who was accused of blasphemy.

People from all walks of life paid homage to the Shaheed-i-Insanyat for sacrificing his life for the cause of humanity and provision of rights to the marginalised sections of the society.

Shehryar Taseer and Shahbaz Taseer took it to social media to pay tribute to their father.

Today, the 4th of January 2018, marks my fathers 7th death anniversary. At his grave, I prayed that god gives my family the strength to carry out his mission for a peaceful and progressive Pakistan. pic.twitter.com/nRyaZQVZZg

There is bravery and then there is @salmantaseer bravery. Punjab politics is now in the hands of political pygmies, megalomaniacs and cowards. 7yrs on we slip further into the abyss. #RememberingSalmanTaseer

On March 1, 2016, Mumtaz Qadri, an Elite Force commando convicted of killing Salman Taseer, was executed at the Adiala Jail.