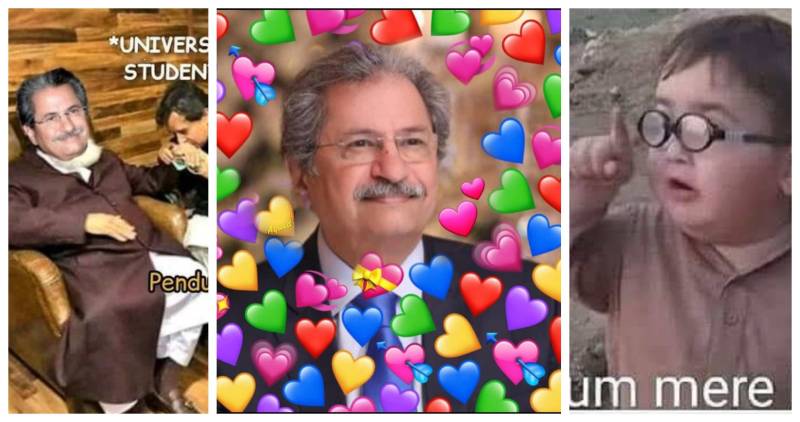 ISLAMABAD – Federal Minister for Education Shafqat Mehmood’s announcement for opening educational institutions after Covid break sent Twitter into frenzy as thousands of students were reacting to the development in assorted memes on Monday.

A large number of school students appear to be 'heartbroken' over the decision of reopening schools early while many college and university learners also expressed gratitude by delaying the date to February 1st.

Here’s how the students reacted to the announcement today. 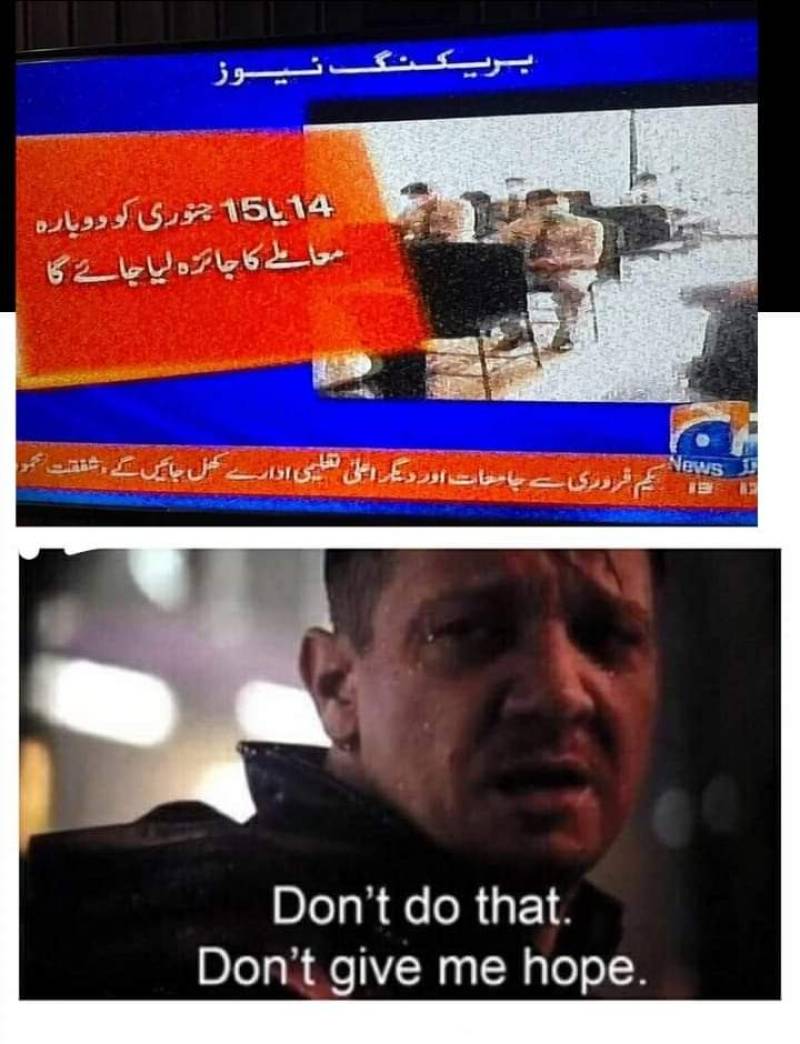 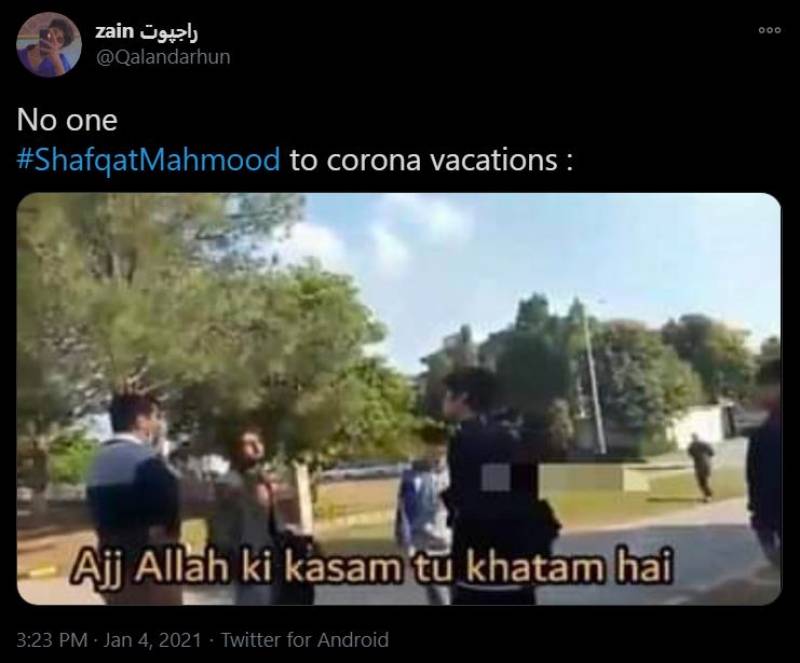 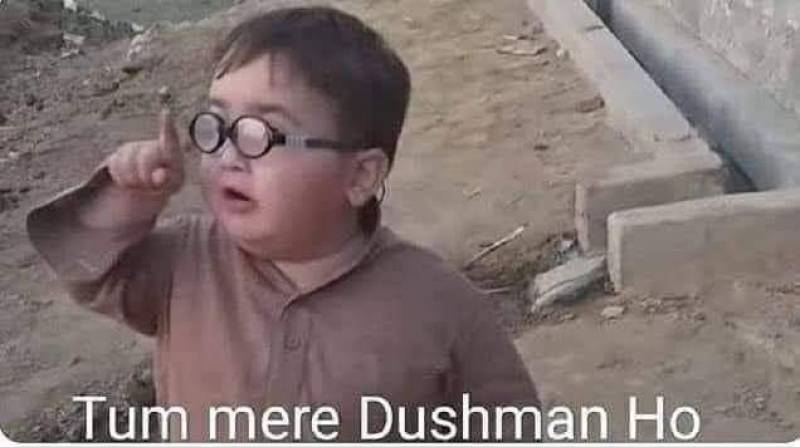 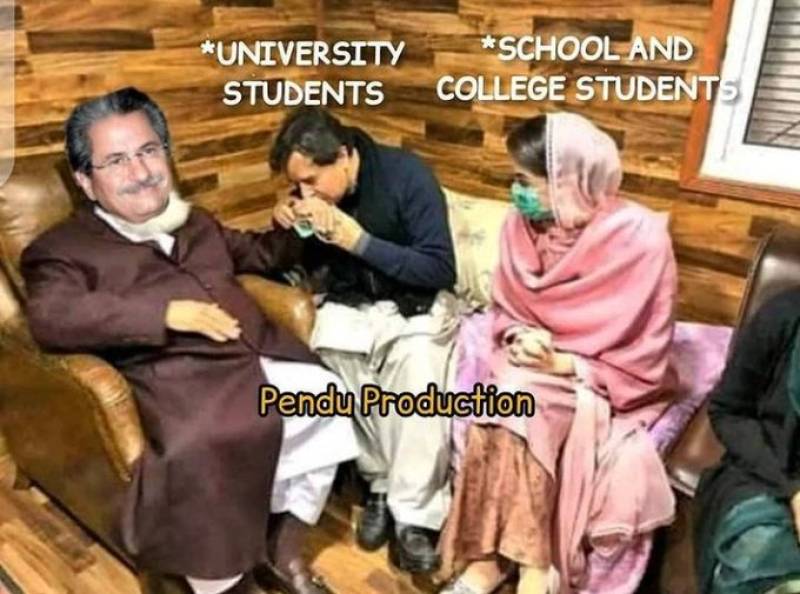 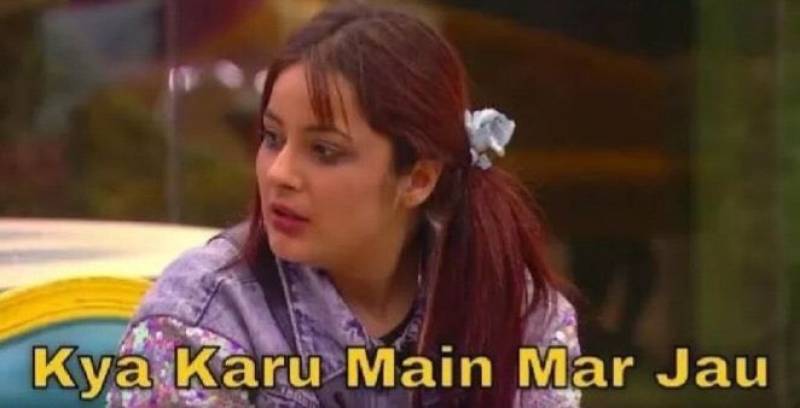 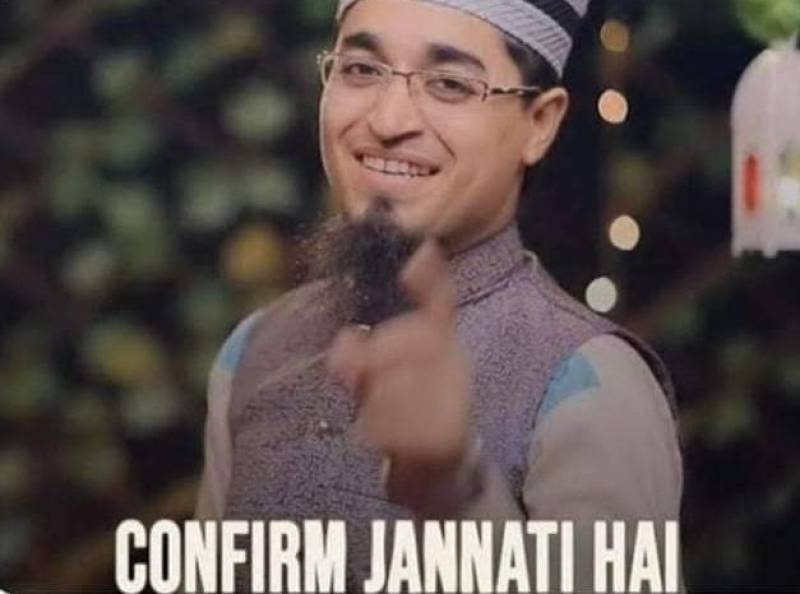 Pakistan has decided to reopen the educational institutions in different phases from January 18. Classes for grades 9, 10, 11, and 12 will be resumed on January 18 while students of primary classes till grade 8 will start attending schools from January 25.

Earlier on November 23, students hailed Shafqat as he announced the closure till January 11.

ISLAMABAD – Pakistan education minister Shafqat Mahmood has earned an expected praise by the students in the ...