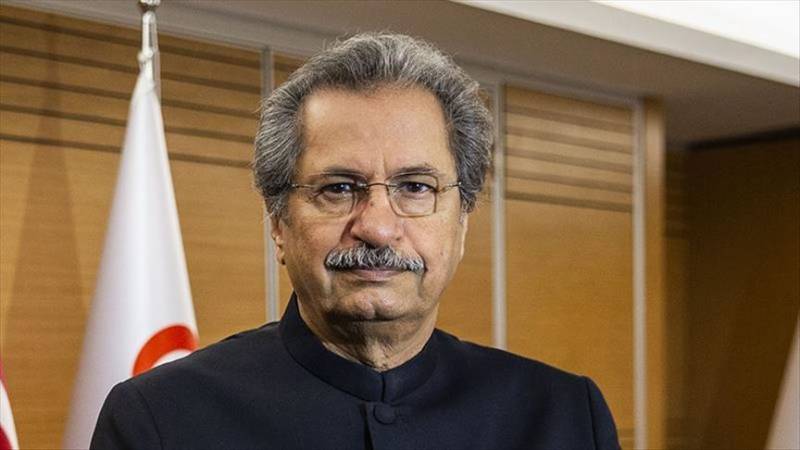 ISLAMABAD – Pakistan education minister Shafqat Mahmood has earned an expected praise by the students in the South Asian country as the federal government Monday announced closure of all educational institutions within next two days in view of surge in coronavirus cases.

Social media was quick to respond to the minister's decision to have schools, colleges and universities closed till January 11.

"All ministers have mutually decided that to keep all educational institutions, including schools, colleges, universities, and tuition centres closed," Shafqat Mahmood announced during the news conference. "However, online classes will continue from November 26 to December 24 after which winter break will start. Schools will reopen on January 11, 2021."

In a video clip making rounds on social media platforms show university students celebrating the government’s decision by chanting slogans in favour of the education minister.

"Jab tak sooraj chand rahega, Shafqat tera naam rahega," students can be seen laughing and chanting from the balconies of their hostel.

"Confirm Jannati Hai," the students can be heard shouting, while ‘praying’ for the minister. 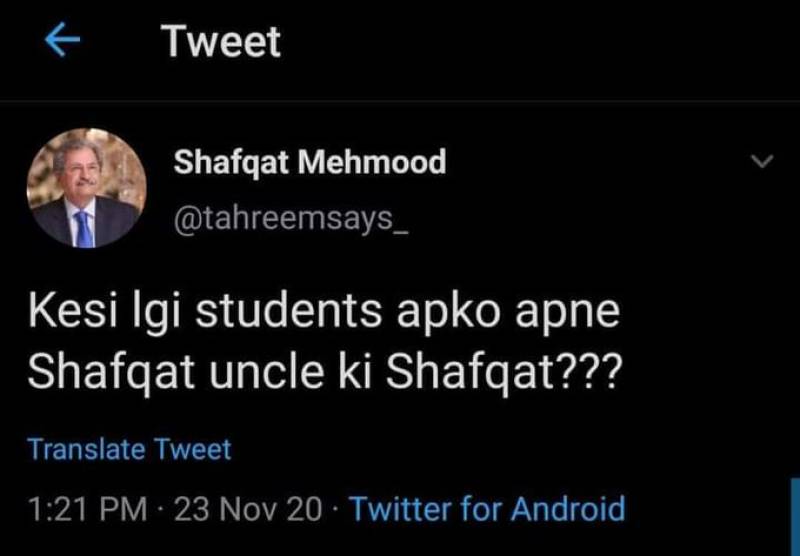 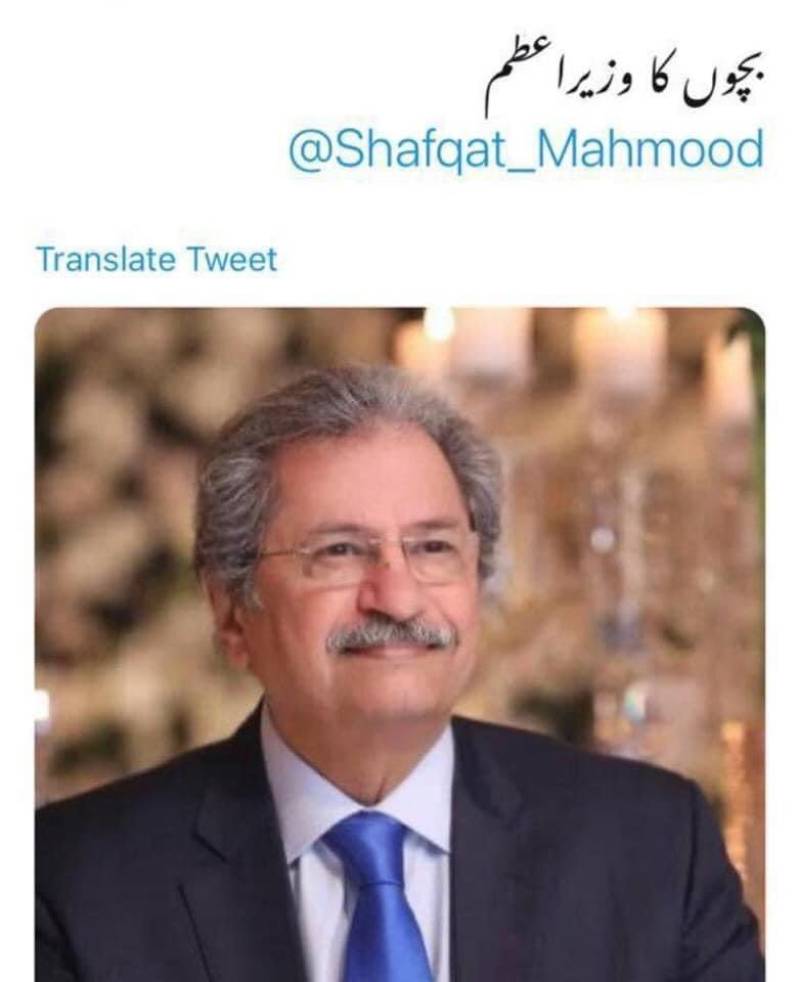 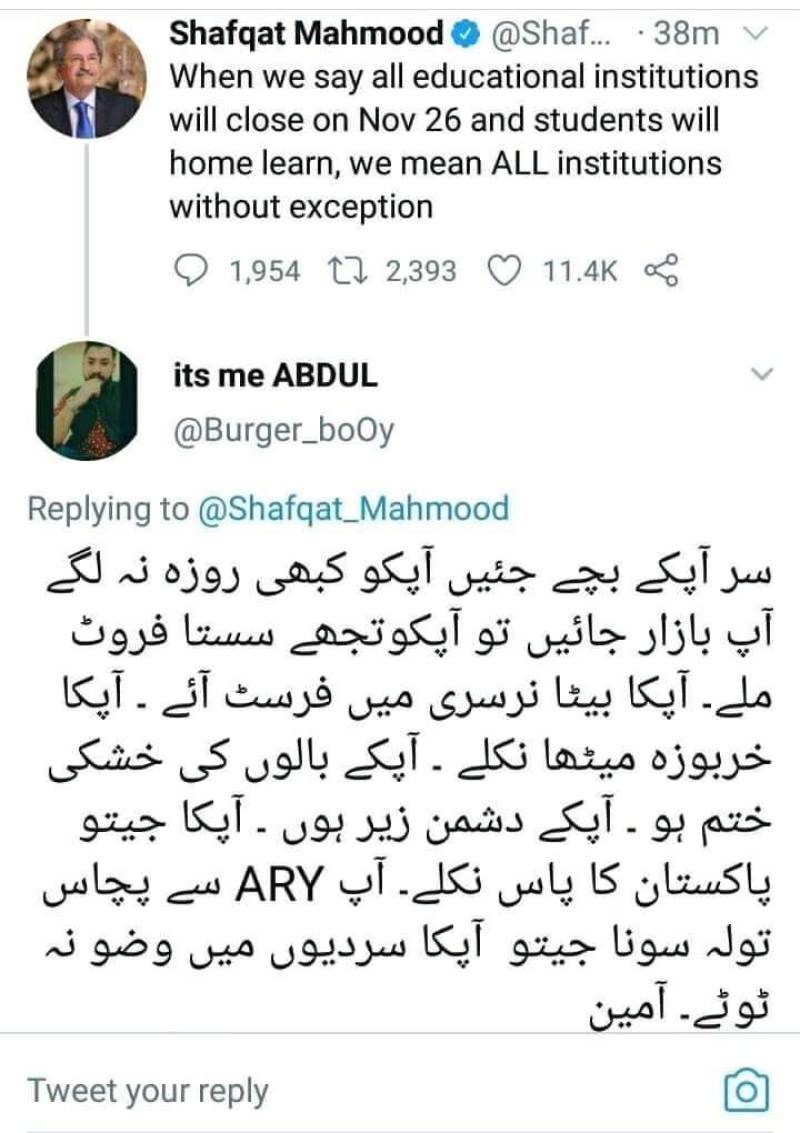 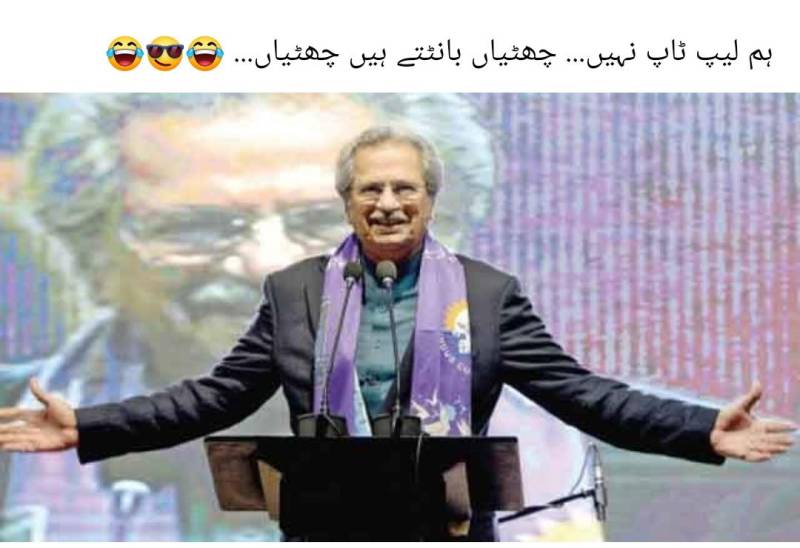 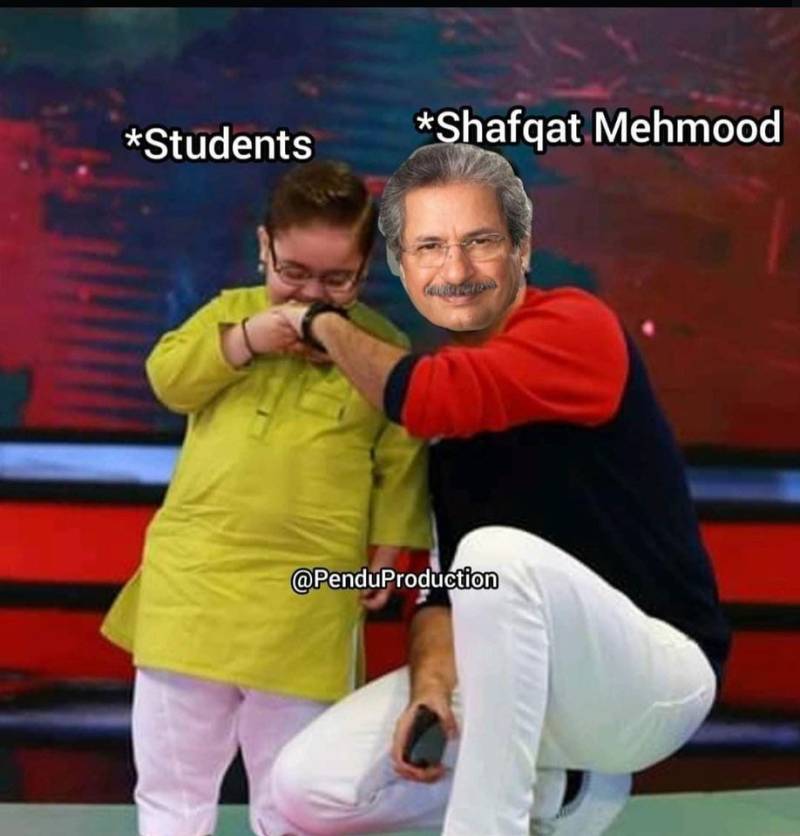 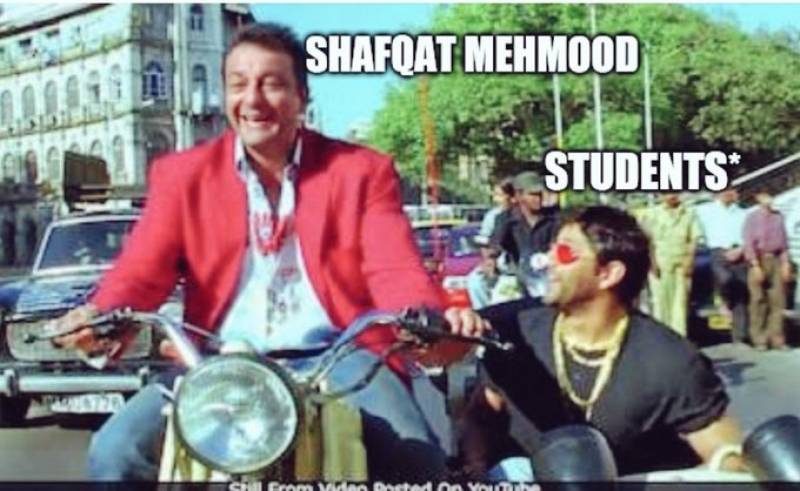 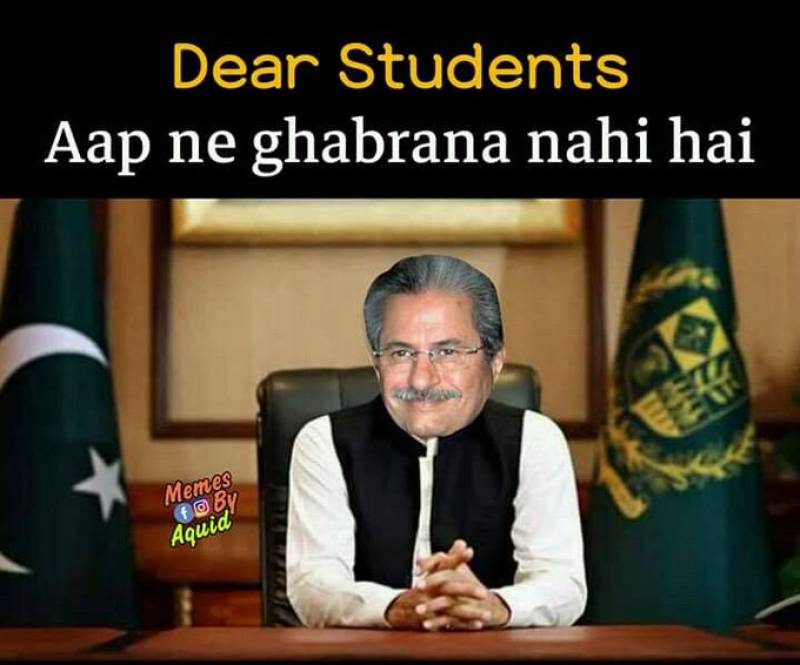 According to the minister, a review meeting will be held in the first week of January to decide the future course of action. He, however, was confident that the education activities will resume from the 11th January 2021.

All the examinations scheduled for the month of December have been postponed.

About the board exams, he continued, these will now be held in May and June next year.

ISLAMABAD – The government on Monday decided to close all educational institutions across the country in the wake ...

Shafqat added the vocational education involving practical work will continue. The tests for recruitments will also be held as per the schedule. Those pursuing PhD as well as the research scholars can visit their institutes and labs.

There will be one third occupation in the hostels.