What is Maryam Nawaz doing at a Motorway rest area? Watch VIDEO 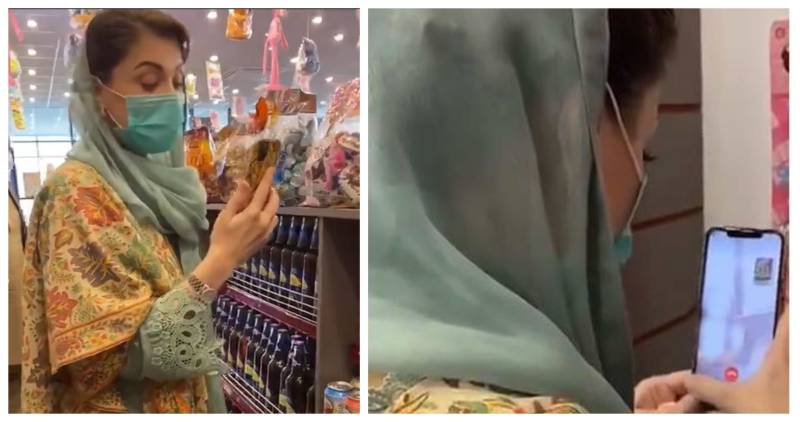 ISLAMABAD – Pakistan Muslim League Nawaz Vice President Maryam Nawaz was recently spotted buying toys for her granddaughter Serena while on her way to Lahore from Bahawalpur.

The daughter of the former premier also shared the viral video on her official Twitter handle. The pleasures and joy of being a Nano Alhamdolillah for that, she tweeted.

Maryam was showing different toys to Serena on a video call. In the video getting viral on internet, she can be heard saying, look at this doctor's set Serena. "You want this one or do you want the bus?"

She also posted another picture of Pervez Rasheed with a packet of chips in his hands.

Hungry Parvez Uncle eating the things I got for Serena 😂 pic.twitter.com/N8xGeMYbTc

"Hungry Parvez Uncle eating the things I got for Serena," she wrote.

Earlier on Sunday, Maryam was in Bahwalpuran where she addressed a rally of Pakistan Democratic Alliance - a 13-party opposition union to oust Prime Minister Imran Khan from power over "poor performance".

One of Pakistan's top opposition figures Maryam Nawaz often gets viciously scrutinised by the public. Her extravagant ...