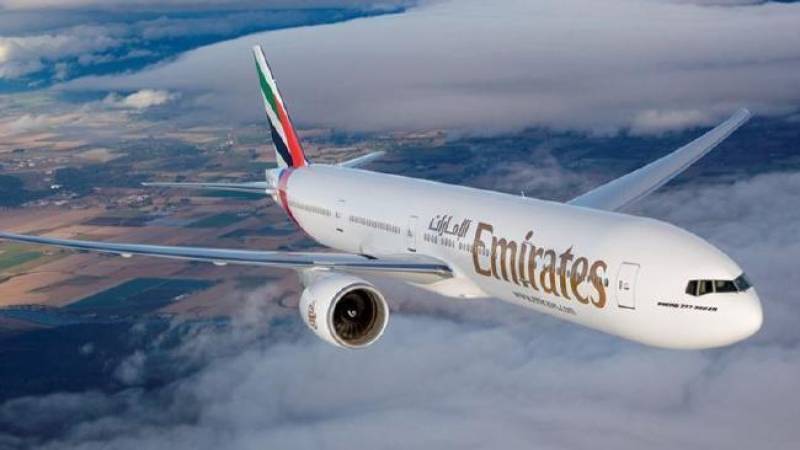 LONDON - A Pakistani man named Shehraz Sarwar, 38, who shouted ‘Allahu Akbar’ during turbulence on a Birmingham-bound flight earlier this year has been jailed for using threatening words and behavior on the plane, the Mirror reported.

The incident took place on an Emirates Boeing 777 flying from Dubai to Birmingham on February 1st. When the plane began experiencing turbulence, the man reportedly began throwing food and towels around, causing people to fear a terrorist attack.

He has now been jailed for ten weeks by the Birmingham Crown Court. Earlier during takeoff, Sarwar had refused to fasten his seat belt but had later settled down and slept for hours. However, he became aggressive as the pilot lined the plane up to land.

Prosecuting Sarwar, Patrick Sullivan QC told the Birmingham Mail, “The behavior before these words was obnoxious. He fell asleep for about three-quarters of the flight and when he woke up he threw a towel back at a member of staff who had offered him one. He also threw a scone behind him although it did not land on anyone.”

“He was also hitting his head with his hand. People were distressed and upset by his behavior,” Sullivan added. He said, “There was terrible turbulence during the flight and some passengers were very frightened."

One passenger told media that they were happy to have survived the landing but thought Sarwar was going to set off a bomb aboard the flight.

But Sarwar’s defence lawyer Balbir Singh said the passenger had acted erratically because he had not taken his medication and was upset after attending his mother’s funeral in Pakistan.

Mr Singh said: “There was considerable turbulence. One of the cabin crew, with 14 years’ experience, said it was the worst landing she had ever experienced," said Sarwar's counsel.

“Mr Sarwar was scared during the flight. He prayed, chanting Allahu Akbar, which translates as ‘God is great’. “When the plane landed he did shout out ‘boom’," admitted the lawyer, who added that it was a very foolish thing to do and which defied explanation.

Judge Francis Laird QC told Sarwar, “Set in the context of the current political situation , chanting Allahu Akbar over and over again while on a plane had a frightening effect on some of the passengers and reduced some to tears. You misbehaved and you were arrogant onboard.”

“Incidents such as these on planes are taken very seriously by the courts and due to the circumstances I have no alternative but to send you to prison for 10 weeks,” the judge added, during sentencing.