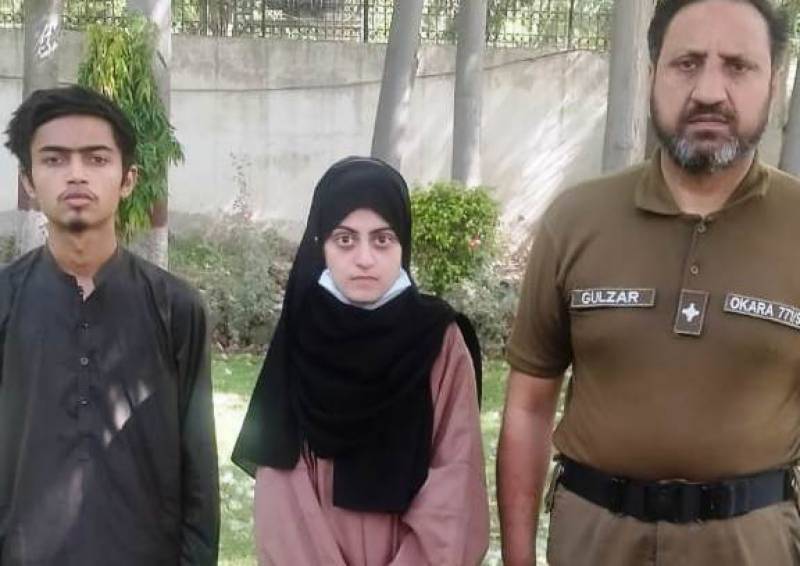 KARACHI – Dua Zehra, the girl who mysteriously disappeared from the port city but later declared that she had run away to marry 21-year-old Zaheer Ahmed, is aged between 15 to 16 years.

A ten-member medical board said in its report submitted to the court of judicial magistrate ahead of the hearing of a case filed by Dua’s father Mehdi Kazmi for the determination of his daughter’s age.

It is the second time that medical tests were conducted to determine her age on her father’s petition in which he had challenged an earlier report that suggested that the age of the girl is between 16 and 17.

“The consensus opinion regarding the overall age of Ms Dua Zahra D/O Syed Mehdi Kazmi is between fifteen to sixteen (15-16) years, nearer to fifteen years, based on physical examination and dentition,” the report concluded.

The court is set to hold the hearing of the case on July 7.

Kazmi’s lawyer Jibran Nasir in a tweet said, "The medical board has verified the truth which Parents have been telling since 2.5 months. As per the board Dua Zahra is nearest to 15 yrs of age negating the previous medical report which placed Dua at 17. Thus proven that NADRA documents are accurate and Dua in reality is a 14 years old child".

Last month, the country’s top court had disposed of a petition of Dua's father who challenged the ruling of the Sindh High Court which said that Dua was free to decide who she wanted to live with.

LAHORE – Karachi girl Dua Zehra and her husband Zaheer Ahmed have been in the headlines since they tied the knot ...