What has Saba Qamar sought from Allah for Aamir Liaquat? 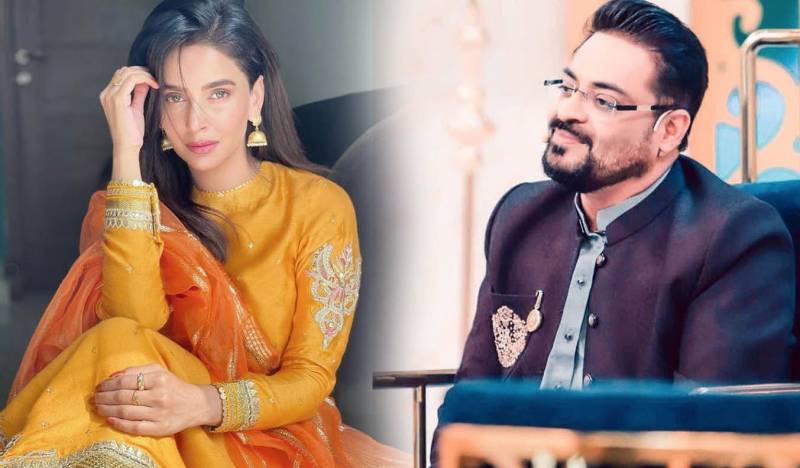 Nowadays, the Baaghi star is busy promoting her upcoming film Kamli and is swamped up with countless promotional events and fun-filled interviews.

In her recent appearance, Saba was asked to share her two cents about Aamir Liaquat's latest controversy. In response, the 37-year-old actress sighed coldly and said, "I pray to Allah to give patience, respect and guidance to Aamir Liaquat."

“Bhai ager Isko 24 Saal Ki Hay drame main to Muje bi 27 Saal ka Banao,” Faysal Quraishi wrote without naming anyone. The Hindi Medium star replied, “I have great respect for Faysal as he is a brilliant actor. But what can I do Faysal, such are roles are still being offered to me,” she concluded.

On the work front, Saba has returned to the small screen with drama serial Fraud and films Ghabrana Nahi Hai and Kamli.

Lollywood diva Saba Qamar's style statements are always on point and the fashion enthusiasts are looking forward to ...