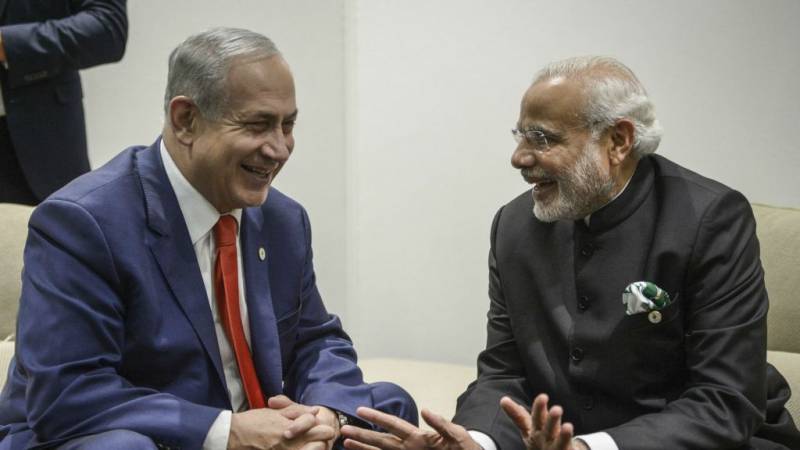 ISLAMABAD - Pakistan has laid bare a joint plan by India and Israel to target its nuclear facilities ostensibly on the pretext of anti-terror war in the wake of Pulwama attack.

As tension between Pakistan and India lingers on, official reports by the government of Pakistan confirm that India and Israel were ready for a joint attack against Pakistan, however, the threat of retaliation and active vigilance staved off the strike a few days ago.

Multiple journalists in Pakistan, while quoting official sources and meeting with Prime Minister Imran Khan have revealed that the joint plan was thwarted due to the contact between the spy agencies of the South-Asian countries and threat of retaliation by the armed forces of Pakistan.

“High-level sources have informed us that there was a plan to attack 7-8 places in Pakistan from a base in Rajasthan, India. Pakistan had learnt that Israel was helping India in this plan and this was a joint plan of these countries,” Veteran journalist Hamid Mir revealed on Monday.

ISLAMABAD – While Narendra Modi’s absurd call to war with Pakistan has pulled both the nuclear-armed neighbours ...

The seasoned journalist continued that after getting information about this attack, Pakistan’s security agencies warned their counterparts in India that Islamabad was ready and the retaliation, in that case, would be thrice as much.

Official sources also revealed that India was planning a second attack with missiles, however, Pakistan had sent a message to India indirectly that if there was an attack there would be a strong response.

There was also contact on the night of February 27-28, Mir said and added that initially Saudi Arabia, Turkey and US were involved to defuse the tension, however, over the last two days, British Prime Minister Theresa May played a crucial role for detente.

Nasim Zehra, the author of 'From Kargil to the Coup', also dished in on the matter with more details that on Thursday, Pakistan's spy agency anticipated Indo-Israel attack in Karachi and Bahawalpur for which New Delhi had deployed Brahmos missiles as well.

#FailedIndoIsraelPannedAgrression: On evening of the joint parliament ISI got intel on Indian and Israeli combined plan to attack targets in Karachi and Bahawalpur. Indian brahmos missiles were deployed for the attack. 1/2

#FailedIndoIsraelIAgression: ISI clearly conveyed to its Indian counterpart with a clear plan of retaliation incase India carry through their attack. Delhi forced to back off. Kudos to Pak govt incl all institution This is how mature State’s respond in the face of aggression.2/2

New York Times reporter, Mehreen Zahra Malik also confirmed the 'nefarious' plan adding that threat of ground attacks and terror incidents was still there. The journalist revealed that the information was divulged by the prime minister in interaction with TV anchors.

Credible sources in Pakistani govt. confirm that Israelis were present in Rajasthan, as part of an Indian plan, on 27th Feb, to launch missile attacks against Pakistan. Pakistani Army & Intelligence alerted Govt. & Indians were warned of bigger response; Indians then called off

Tension between Pakistan and India escalated after Indian Air Force violated the Line of Control last week twice, however, in the second such attempt, Pakistan Air Force retaliated and shot down two Indian aircraft while capturing a pilot alive.

The pilot Abhinandan was released as a peace gesture on Friday by Pakistan.