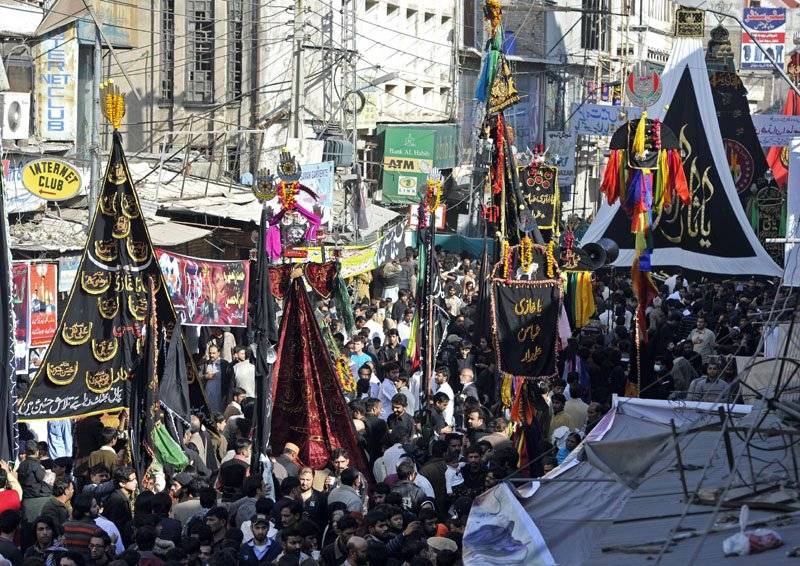 LAHORE – The central procession was taken out from Mubarak Haveli in Punjab capital to mark the Martyrdom Day of Hazrat Ali RA, amid a ban on mass gatherings due to the recent spike in Covid-19 infections.

The provincial government and the National Command and Operation Centre had banned mourning processions across the province this year and allowed Majalis under the strict implementation of Covid SOPs.

Various organizations including Majlis Wahdat-e-Muslimeen have rejected the government ban on the procession of Hazrat Ali martyrdom day.

Expected negotiations between the Shia scholars and the district administration could not take place on Sunday. The organizers had conveyed that they would take out the mourning processions at all costs and would not accept any kind of ban on the processions.

ISLAMABAD – The government has announced a ban on Youm-e-Ali processions across Pakistan in the wake of the third ...

Meanwhile, the Sindh government Monday permitted Youm-e-Ali RA processions in the provincial capital. The administration in this regard has sealed MA Jinnah Road and adjoining areas.

On the other hand, mobile cellular service will be shut down in parts of Balochistan province in wake of the current security situation.