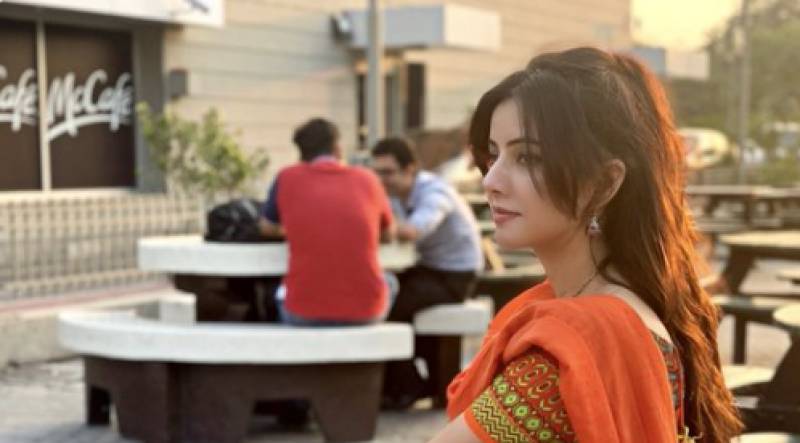 The 30-year-old took to her official Twitter account to announce that “I, Rabi Pirzada, quit showbiz industry,” asking for the Almighty’s forgiveness for her sins.

In her previous tweet, the actress had quoted a verse from the holy Quran that Allah grants respect whom he wishes and humiliates those whom he wants.

Last week, Rabi was hit a social media storm when her private ad intimate videos got leaked. According to her, all the data was leaked from her cell phone which she had sold to a shopkeeper.

The next day, on November 2, the pop singer made a heartfelt request to the people not to share her secret data.

“Allah will cover secrets of those who cover others' secrets,” her tweet read.

Rabi has also lodged a complaint with the Federal Investigation Agency (FIA) Cyber Crime Wing against the person(s) responsible for leaking her private video. In her application, she requested the FIA Cyber Crime Wing to delete her video from internet which is bringing dishonor to her and her family.