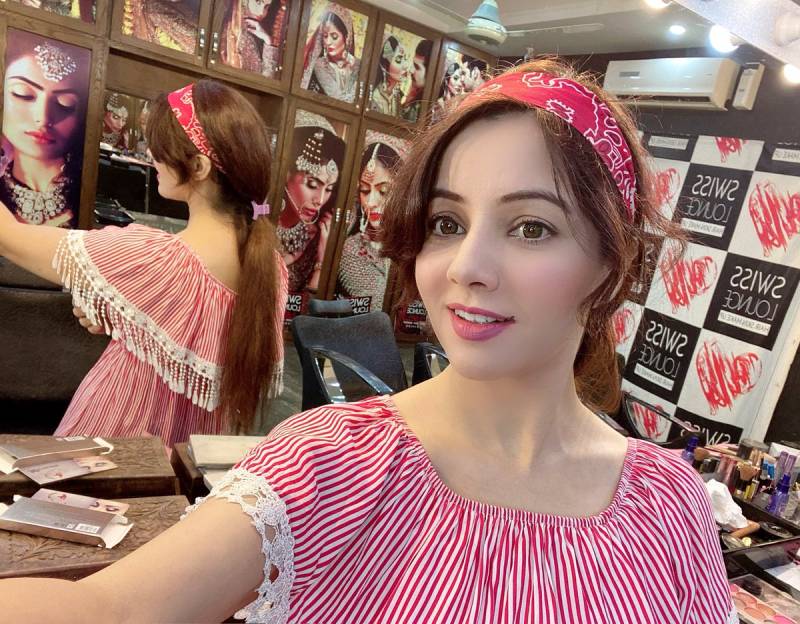 LAHORE - Twitterati on Friday (yesterday) have strongly opposed leaking of Rabi Pirzada’s personal videos and called out the double standards of people who had been criticising the singer over the videos instead of the person who had leaked them to the public.

On Thursday, compromising videos of the singer leaked on social media and were shared by thousands of users. While some were quick to criticise the singer for making such videos, others pointed out the way she had been bullied by the person who leaked them in the first place.

Let's have a look at some of the tweets with #RabiPirzada hashtag:

Actually We become Nation Where if Someone Say Something we instead of Proving the point wrong Likes to drag them down,
Where Negativity and Hate gets more Attention and People really want to see it and make these things viral
I JUST CAN'T #RabiPirzada

If anyone needs our support, love and affection the most right now, she is #RabiPirzada . We should put hands together against blackmailing and harassment. Its her life she can do anything she wants. Stay the fuck in your own life.

Leaking videos, ss, nude pictures.. It has become a trend now to defame somone whether it's fake or real, you don't have any right to bash someone's privacy. Everyone is same, it's just the matter of time who gets exposed first for whatever reason. Show some ethics..#RabiPirzada

No doubt what she done wasn't acceptable But She is also A Daughter of someone so plz Remove All the link and video
🙏🙏#Saveasoul#RabiPirzada pic.twitter.com/nvb6MNzk0k

Rabi Pirzada is another victim of,

"Wada dekh k delete kar doun ga" 💔
وعدہ دیکھ کر ڈیلیٹ کر دونگا..
Dear Girls remember this, no one deletes anything at all. When you send something very PRIVATE (photo or video) in the name "Love or Fun", it can ruin your life.#RabiPirzada

Whereas, Pirzada is seeking FIA's action against those involved in the privacy breach. She said that she had earlier sold her cell phone to a shop and her data must have been stolen from that phone. She added that she had also filed an application against that shop.

Last month, CCTV footages of couples engaging in acts of intimacy in a cinema hall and a hospital’s private room were leaked on social media ostensibly by employees of both facilities. The scandal raised concerns about citizens’ privacy and brought the inefficiency of state institutions in protecting the rights of people into focus.