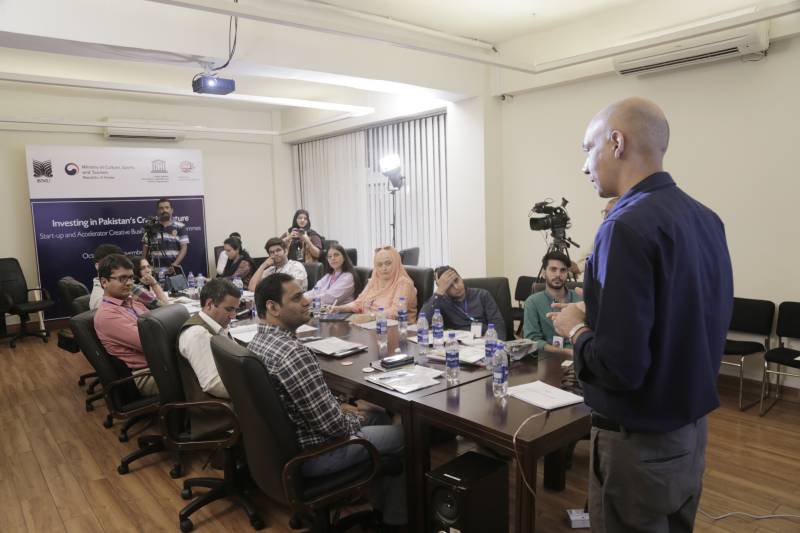 The programme is a response to UNESCO’s 2005 Convention on the Protection and Promotion of the Diversity of Cultural Expressions, which supports the development of the creative economy.

The programme, a tripartite partnership between Beaconhouse National University (BNU), the Republic of Korea and the United Nations Educational, Scientific and Cultural Organization (UNESCO), was customized to the needs of twelve aspiring entrepreneurs in the cultural and creative industries. The participants worked on case studies taken directly from successful Pakistani businesses in film and media, performing arts, game design and advertising. The trainings were delivered by BNU faculty, along with local and international experts, including Andrew Senior, an expert in the creative economy, who has been working with UNESCO, in Pakistan, since 2015. The Republic of Korea’s Ken Roh, co-founder of WELT, also provided participants with insight on how to develop their business. 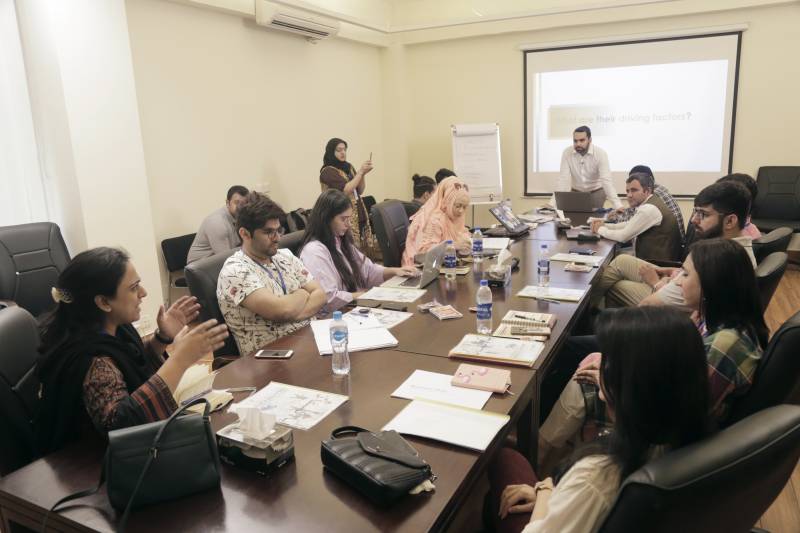 “The 2005 Convention is about protection and promotion of cultural expression and making a creative economy. What we plan to do is strengthen and promote creativity in masses to ensure that Pakistan’s upcoming entrepreneurs have skills, capacity and infrastructure to support their ideas and visions so that it can be showcased what Pakistan’s youth is able to do. There are a lot of companies that are focusing on technology and creativity and through this platform we want the start-up community to know that it’s not just technology that comes under start-up umbrella but also other creative ideas in other fields such as advertising, arts, film making etc,” said Lindsay Cotton, Associate Project Officer, UNESCO.

The twelve participants, selected through an open call for applications that prompted over 240 applications, were a diverse group that included four women, seven men and one transgender. The mean age of participants was 31 years, ranging between 24 years and 39 years, who came from across Punjab, Sindh, Khyber-Pakhtunkhwa and Balochistan (some hailing from less urbanized cities such as Chitral, Bhakkar and Nawabshah).

The programme is part of UNESCO’s Korea Funds-in-Trust project, which is focused on the development of the creative industries. It is actively supporting sustainable creative industries and enhancing skills and professional networks in the Asia-Pacific region.  The objective is to create a training methodology, sensitive to local needs, that responds to the potential of Pakistan’s growing economy.  The programme empowers young creative entrepreneurs, promotes participatory policymaking for the culture sector and integrates culture in the national sustainable development agenda and in international cultural cooperation.