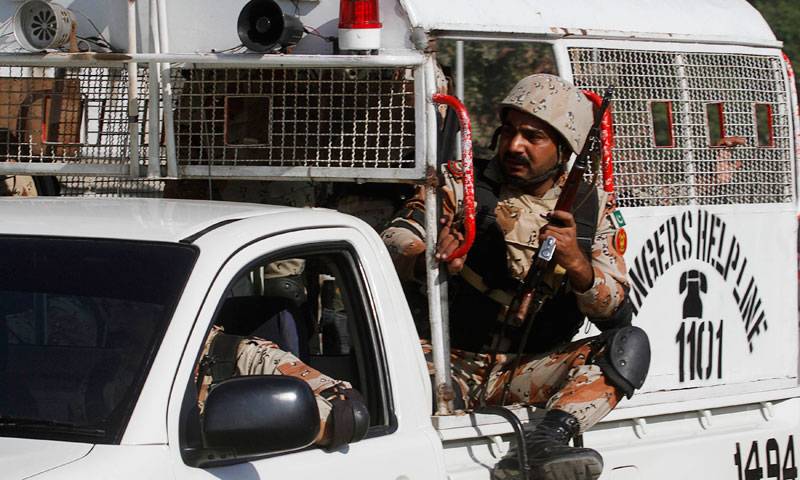 SUKKUR – Four officials of Shahbaz Rangers were critically injured in Shikarpur in a road accident on late night of Tuesday.

The accident occurred when a Rangers vehicle overturned on the Indus Highway, Shikarpur, on way to Jaccobabad, inflicting injuries to four officials of the paramilitary force.

The police and rescue services shifted them to a hospital in Sukkur. The injured officials were identified as Khalil, Tajamul, Saeed and Manzoor.

Shahbaz Rangers was raised in October 1988 at Khairpur and is named after the renowned Sufi Saint “Lal Shahbaz Qalandar”.

Initially, manpower was pooled up from Chenab, Sutlej and Indus Rangers. Later in 1990, Headquarters Shahbaz Rangers was shifted from Khairpur to Sukkur and was reorganized as Sector Headquarters on 20 September 2010 for performing border duties and undertaking Internal Security tasks with five wings.

Three wings are employed on internal security duties in Larkana, Khairpur and Tri Border Area at Kashmore, while two wings at Sardargarh and Mirpur Mathelo are performing border duties along the Eastern Border.