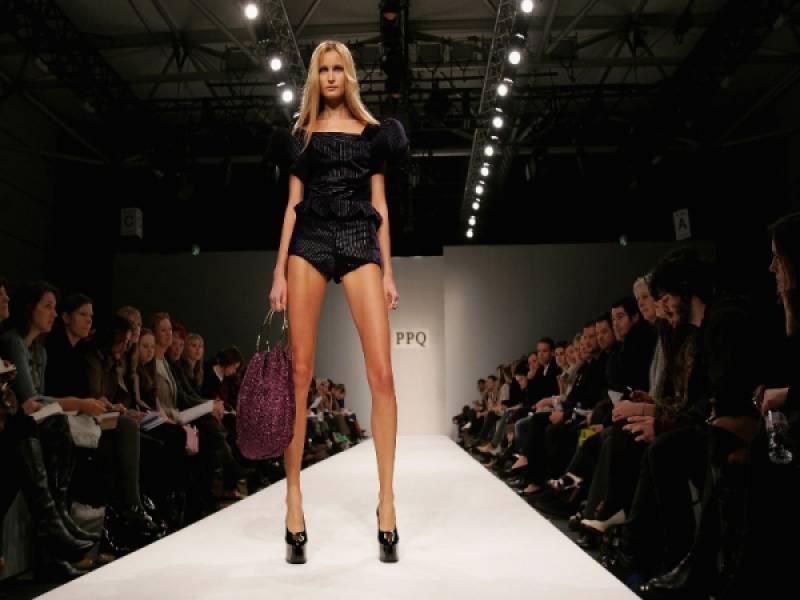 The move by France, with its fashion and luxury industries worth tens of billions of euros, comes after a similar ban by Israel in 2013, while other countries, like Italy and Spain, rely on voluntary codes of conduct to protect models.

The measure is part of a campaign against anorexia by President Francois Hollande's government. Lawmakers also made it illegal to condone anorexia and said any re-touched photo that alters the bodily appearance of a model for commercial purposes must carry a message stating it had been manipulated.

"The activity of model is banned for any person whose Body Mass Index (BMI) is lower than levels proposed by health authorities and decreed by the ministers of health and labour," the legislation says.

The lawmaker behind the bill previously said models would have to present a medical certificate showing a BMI of at least 18, about 55 kg (121 lb) for a height of 1.75 metres (5.7 feet), before being hired for a job and for a few weeks afterwards.

The law, voted through the lower house of parliament by Hollande's Socialist majority despite opposition by conservative parliamentarians, envisages imprisonment of up to six months and a fine of 75,000 euros ($82,000) for any agency contravening it.

A second measure means that any website inciting a reader to "seek excessive thinness by encouraging eating restrictions for a prolonged period of time, resulting in risk of mortality or damage to health" will face up to a year in prison and fines of up to 100,000 euros.

Elite and IMG, two big modelling agencies present in France, both declined to comment on the moves.

Some 30,000-40,000 people in France suffer from anorexia, most of them teenagers, health experts estimate.

In 2010, Isabelle Caro, an anorexic 28-year-old former French fashion model, died after posing for a photographic campaign to raise awareness about the illness.