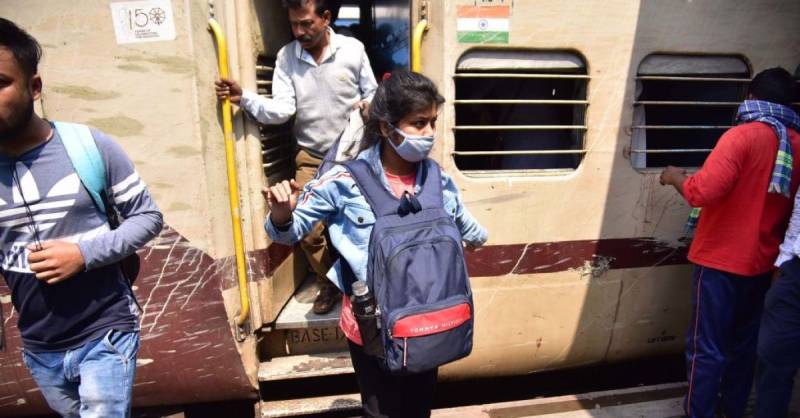 Like the rest of the world, India too is facing a humongous challenge in fighting COVID-19. The nation was always deemed vulnerable because of the fact that it is the second-most populous nation in the world sitting next to China, the reported epicentre of the deadly coronavirus, and does have an overstressed healthcare system. A slight ignition of the infection could leave the entire country in a trail of devastation in no time.

Till now, India has done well in fighting the outbreak. A country of 134 crores could not afford to leave any of its windows open when the pandemic was running over the rest of the planet. So far, it has seen 3,500 affected with around 100 dead, most of which have happened over the last few weeks. Countries with a much less population and advanced healthcare and better literacy rates have failed to tackle the challenge with more perfection. India did well because it prepared for a complete lockdown and eventually called it, almost on time.

But India’s danger doesn’t end with the lockdown. In fact, while fighting COVID-19, the developing economy stares at something equally sinister, if not bigger. The 21-day shutdown was called to see people engage in social distancing to save them from infection but at the same time, it also meant locking down the economy and that exposes people to the danger of starvation which is death in another way.

The options are hence tricky for the country. We have already seen how the working class has been hit tremendously by the effects of the lockdown, the announcement for which came suddenly from Prime Minister Narendra Modi. Thousands of people, who work distant places for a humble livelihood, found themselves with no food and transport even as the country shut itself down. They were sprayed with disinfectants as a measure of sanitization. Lives were lost during the great march home and the future of these people is now uncertain since there is no promise when the markets will open and whether their lost jobs will still be theirs.

While coronavirus has hit all strata of the society without any bias, lockdown, considered its best remedy at the moment, has only hit the poor and unorganised sector. And it is certainly not a viable option in the long run because forcing the (economically) unprotected for a long time is bound to create a backlash in worse forms.

But then, what else could a developing nation do? The irony lies in the fact that in over seven decades since independence, India has managed to build up a system that over depends on its government (most or all post-colonial societies have done the same one would say) but yet, that behemoth has not been able to master the skills of providing the best of public services to its own people. The management mechanism is not too good to be applauded while the ‘colonial hangover’ saw the khaki uniforms beating up people to comply, even those who are forced to go out to meet compulsion.

It is not party politics that is to be blamed here but the stressed sarkar. India’s formative years in its economy-building saw everything centered around the State’s capacity to rule rather than to facilitate. Our founding fathers, inspired by some outdated state-centric systems, replicated the same in their own independent land and over the years, the system has turned into a ramshackle one and today’s pandemic has exposed it again. Had we been able to decentralize our system more in terms of public goods, education, health and other measures of human welfare, the gigantic stress the system is facing today could have been avoided.

The situation has become worse because of the apathy of public institutions. It is a tragedy that while the leadership kept on encouraging the middle-class to praise the medical fighters against coronavirus with claps and sounds and showcasing a national unity by lighting up candles, not much thought went into ensuring a safe transit to the poor workers and securing the poor people’s food and livelihood. India had once made a name for its welfare state but today’s overstressed yet politically agile decision-makers have drifted from that notion. A word of concern of two has flown in from here and there but overall, the lack of a concerted effort to protect the humble people’s interests remained prominent.

Coronavirus will test the Indian economy in unprecedented ways in days to come. The unorganized sector is already facing an existential crisis and since the organized workforce is also set to meet its own challenges, the trickle-down effect will be in jeopardy as well. The migratory workers may not go back to their workplaces soon for diverse reasons and decide to focus on agriculture which could have its own consequences. The overall economic downturn will impact the social behaviour and we do not know yet if the State, which highly depends on the cooperation it receives from society, can successfully manage with all the mounting difficulties at once.