Over 100 killed in Indonesia, East Timor floods and landslide 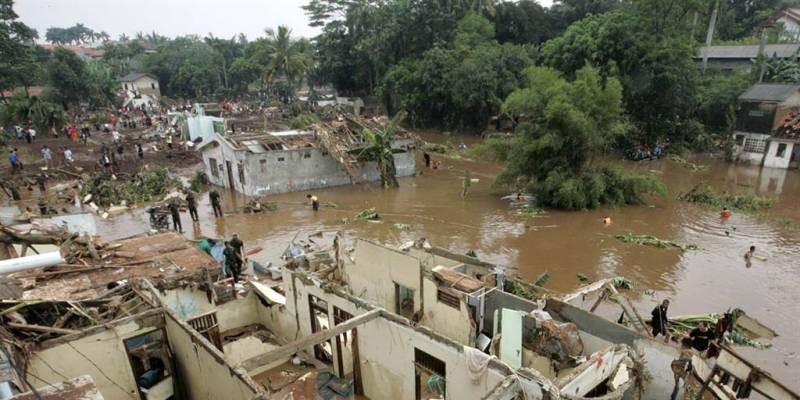 JAKARTA – Floods and landslides in Indonesia and East Timor have claimed more than 100 lives, besides forcing numbers of people to flee their homes.

The floods have affected area stretches from Flores island in eastern Indonesia to East Timor.

According to officials, 80 people have died while dozens other missing in Indonesia amid fears of surge in death toll.

They said that extreme weather and mud are serious challenge, adding that rescue efforts have been hampered by the debris.

They said that the survived victims need medicine, blankets and food.

In East Timor, at least 21 people have also lost their lives due to the flash floods.

Indonesian president Joko Widodo has expressed his condolences on the mass destruction and urged people to follow the advice issued by the government during extreme weather periods.

"I have ordered for disaster relief efforts to be conducted quickly and well, for example for health service assistance, availability of logistics and basic needs for the displaced and the reparation of infrastructure," he said.

In January this year, 40 people died when flash floods hit the Indonesian town of Sumedang on Java.

ABU DHABI - A Pakistani man living in the United Arab Emirates has contributed part of his salary to the Kerala Chief ...