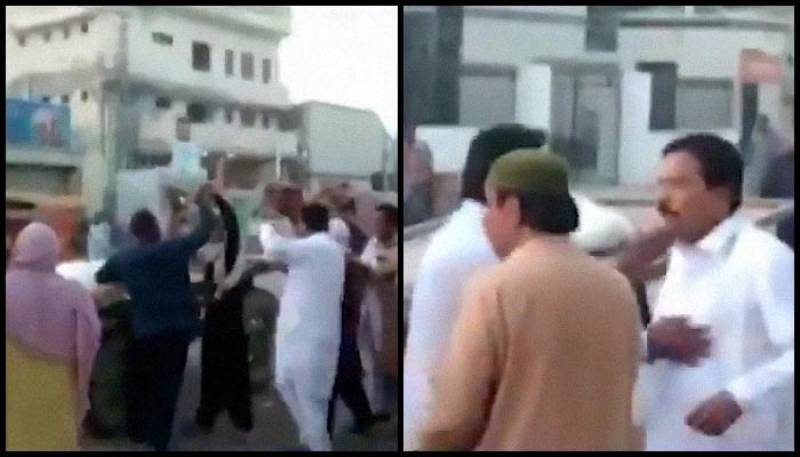 SEHWAN – A labourer on a camel-cart was beaten up by a plain-clothes police officer for not giving way near the Kachehri Road area of Dadu.

The footage of the torture surfaced over the weekend in which a police officer in plainclothes was travelling in a private car with his bodyguards when the incident occurred.

When the vehicle of a police officer, identified as Akbar Panhwar, came across the camel cart, which allegedly didn't give him the way to pass by, the raging officer started torturing the labourer along with his guards. The cop involved in torture is posted as the station house officer (SHO) at Dadu's Qasbo police station.

The video of the incident started making rounds on social media and a number of people requested higher authorities of Sindh police to look into the matter and suspend the accused.