Rallies, walks and special events are organised to express solidarity with Kashmiris 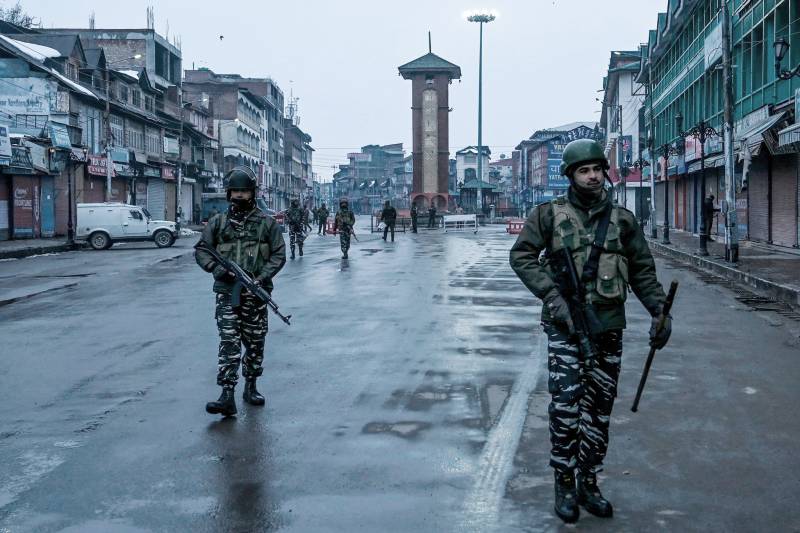 ISLAMABAD – Youm-e-Istehsal is being observed today in solidarity with Kashmiris and to mark the second year of military siege in Indian Illegally Occupied Jammu & Kashmir.

On August 5, 2019, the Modi-led BJP government launched demographic apartheid in Kashmir by revoking the special constitutional status of occupied Kashmir.

Meanwhile, a number of events have been arranged in order to denounce the Indian unilateral illegal actions against oppressed Kashmiris as well as the atrocities being carried out by the Indian forces in the valley.

Solidarity walks, events, and seminars have been arranged in all the main cities including the federal capital. The participants of the solidarity rallies will wear black bands and carry the flags of Pakistan and Azad Kashmir while one-minute silence is to be observed across Pakistan and traffic to be halted for one minute and sirens will be played.

Posters and billboards have been displayed at the main highways of the federal capital and other provincial capitals to highlight the plight of Kashmiri people and expose the atrocities being committed by the occupation forces in Indian Illegally Occupied Jammu and Kashmir.

Ministry of Foreign Affairs arranged a rally to mark the day. Foreign Minister Shah Mehmood Qureshi while speaking to the media said Pakistan will continue to support oppressed Kashmiris. “Day is not far when Kashmiris get the freedom from Indian occupation. Indian Aug 5 actions have been rejected by the people of Kashmir and the rest of the world," he said.

President Alvi while speaking from a rally said no Pakistani will rest until occupied Kashmir is not liberated. “Let me warn India that Pakistan is a strong nation”, Alvi said while mentioning that “Islamabad would not hold any kind of talks with New Delhi until it reversed its unilateral actions in IIOJK”.