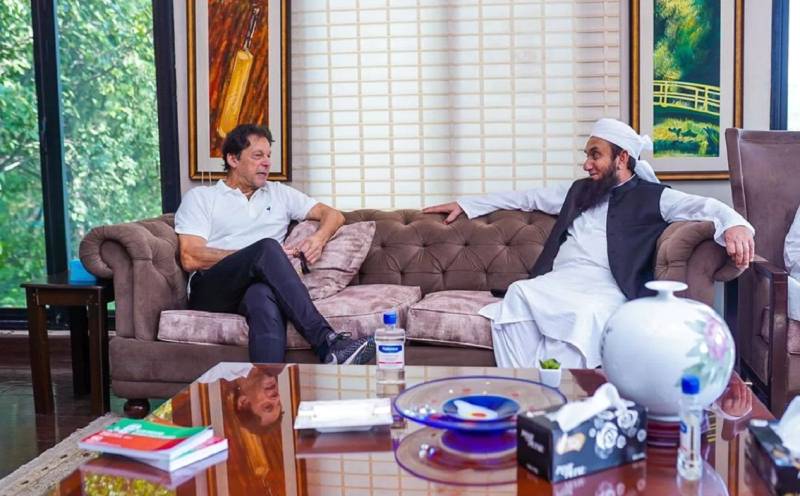 The chairman of the Pakistan Tehreek-e-Insaf (PTI) recently met with Maulana Tariq Jameel at Bani Gala. The meeting took place on Tuesday night at the residence of PTI leader Imran Khan.

Maulana Tariq Jamil arrived at Imran Khan's request following the ECP's ruling in the PTI 'foreign financing' matter. The objective of this meeting was to deliberate on measures to restore peace to Pakistan.

The former prime minister of Pakistan was spotted wearing Jerdoni’s white polo shirt during his meeting. The cricket legend's look was a sight to behold, as he showed up at his house in a meeting with the renowned religious scholar. 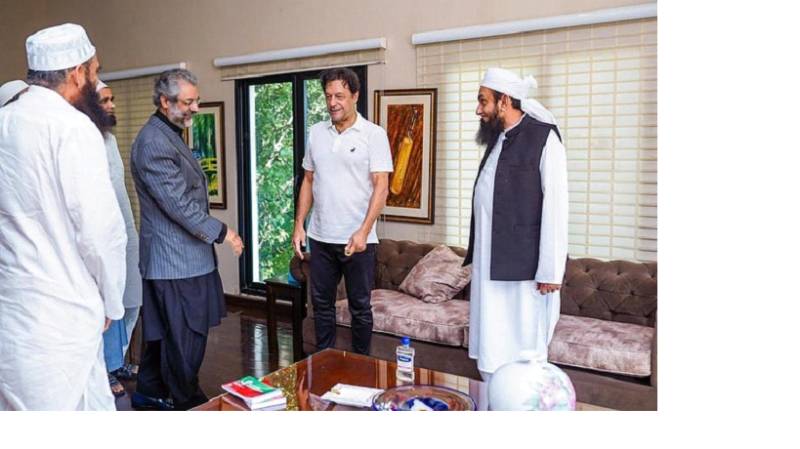 Imran Khan's look was similar to his previous in-house interviews. Last time he was seen in a red polo and now he was wearing a white polo shirt. He looked smart in a white polo and teamed it with black slacks.

Khan's followers are adorning over his look and the purchase ratio has increased up to 380% since the last day.

Jerdoni is a US-based company with regional operations. Within a year, Jerdoni has increased significantly. It offers a wide variety of casual and activewear for both men and women. Jerdoni's store outlets are at AK Galleria and Al Fatah. They deliver their products to the United States, Mexico, UAE, Australia, Singapore, and Canada through Amazon.

The brand has been expanding at a rapid pace, with an average of 1 million new customers signing up every month. The company has grown rapidly in just a year, according to Shah Hassan, CEO of Jerdoni.

But the Jerdoni’s polo shirts were selling for $18 USD last day, will they see a price hike now? This question was asked to Muhammad Ali Akbar, the Co-Founder of Jerdoni, on which he abruptly nullified the statement at said that ‘Jerdoni was built with a vision to provide luxury that is affordable to all, we will keep striving to deliver the best quality at lower rates.’

Now, Let’s see where this boom in Jerdoni’s sales takes it!