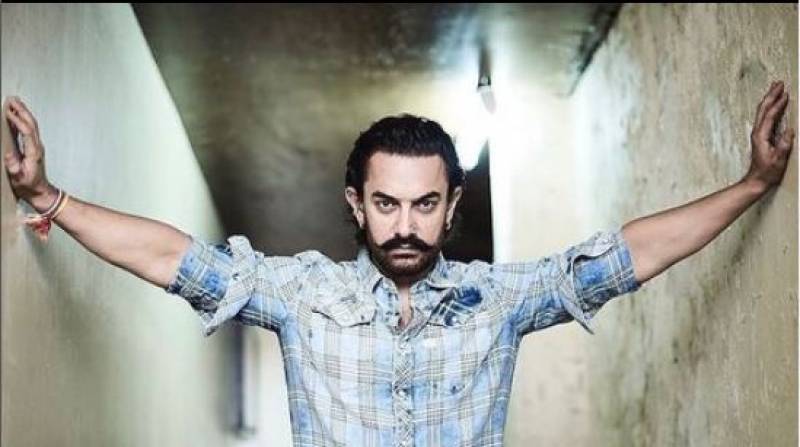 In an unusual turn of events, Boycott Laal Singh Chaddha is trending on social media due to Aamir Khan's old comment about ‘intolerant India’ and Kareena Kapoor Khan's support to a gang-rape victim, a three-year-old girl from Kathua in Indian Illegally Occupied Jammu and Kashmir.

The internet went into a frenzy with hate comments pouring in and suggestions for boycotting Laal Singh Chaddha. Known for her controversial statements, Bollywood actress Kangana Ranaut too jumped onto the bandwagon sharing her opinion.

In a now-expired Instagram story, Ranaut wrote, "I think all the negativity around upcoming release of Laal Singh Chadha is skillfully curated by mastermind Aamir Khan Ji himself. This year no Hindi films have worked (barring one exception of a comedy sequel). Only South films deeply rooted in Indian culture or with local flavor have worked. A Hollywood remake would have not worked anyway but now they will call India intolerant."

She went on to say, "Hindi films need to understand the pulse of audiences. It's not about being a Hindu or Muslim, even after Aamir Khan ji made a Hinduphobic PK or called India intolerant he gave the biggest hits of his life... please stop making it about religion or ideology. It takes away from their bad acting and bad films."

Laal Singh Chaddha is the official remake of Hollywood's Forrest Gump, featuring Aamir Khan and Kareena Kapoor Khan in the lead roles with Naga Chaitanya making his Bollywood debut. The film is scheduled for release on August 25. The latest project is an example of Muslim Bollywood actors threatened by Hindu-nationalist Prime Minister Narendra Modi.

Bollywood's Mr. Perfectionist, Khan has a knack for pushing films beyond traditional boundaries and focusing on social and cultural issues. He hosted a TV chat show Satyamev Jayate that discussed different taboos.

Under the shadow of Modi’s Bharatiya Janata Party (BJP), which has origins in Rashtriya Swayamsevak Sangh (RSS), a militaristic group espousing “Hindutva,” or making India an exclusively Hindu state, the film industry sparked controversies many times among the second most populated country, but the hatred felt by Muslim actors and singers reflects upon the growing intolerance, marginalization and vilification of Muslims in India.

Pakistani actor Omair Rana has cemented his position in the industry owing to his impeccable performances in multiple ...