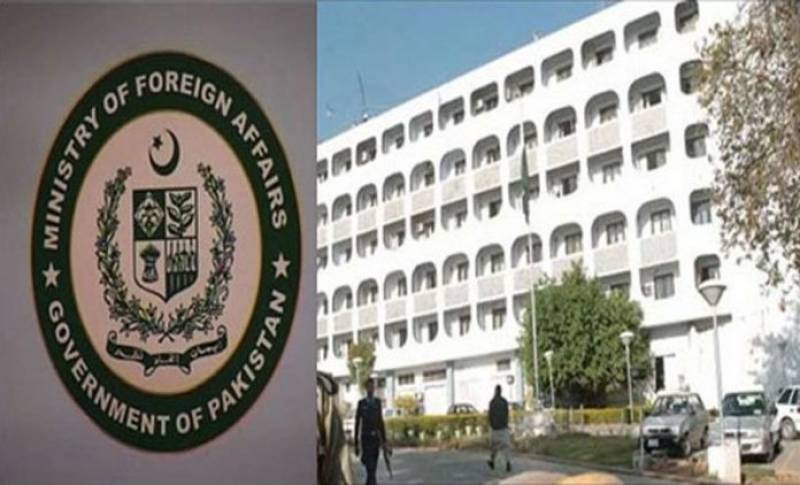 ISLAMABAD - Pakistan on Thursday welcomed the announcement regarding resumption of the U.S.-Taliban talks.

“We hope that it will lead to intra-Afghan negotiations and ultimately to a peaceful and stable Afghanistan. Pakistan encourages all parties to the conflict to engage constructively as a shared responsibility,” a statement issued by the Foreign Office said.

Pakistan has always maintained that there is no military solution to the conflict in Afghanistan, the statement said, adding that an inclusive peace and reconciliation process, involving all segments of the Afghan society, was the only practical way forward.

WASHINGTON - US Special Representative for Afghanistan Zalmay Khalilzad is set to resume talks with Taliban nearly ...

On Wednesday, Washington announced that US Special Representative for Afghanistan Zalmay Khalilzad is set to resume talks with Taliban nearly three months after President Donald Trump abruptly discontinued negotiation following the killing of a troop.

A statement issued by the State Department said, "In Kabul, Special Representative Khalilzad will meet with Afghan government representatives and other Afghan leaders to follow up on President Trump’s recent visit and to discuss how best to support accelerated efforts to get all parties to intra-Afghan negotiations".

"In Doha, Ambassador Khalilzad will rejoin talks with the Taliban to discuss steps that could lead to intra-Afghan negotiations and a peaceful settlement of the war, specifically a reduction in violence that leads to a ceasefire," it added.