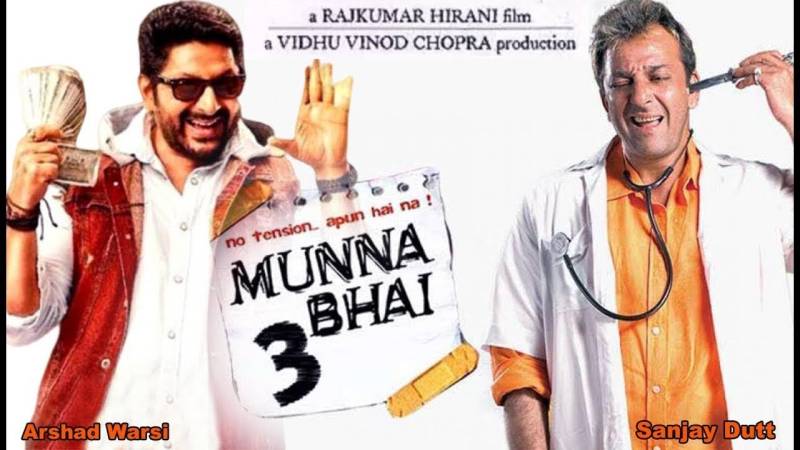 A memorable Bollywood comedy film, Munna Bhai MBBS series were a non-stop laugh riot films which narrated story of a thug who wishes to become a doctor.

A major dose of humorous moments and dramatic pauses, the film was an amusement rollercoaster with the lovable duo Munna bhai and Circuit giving best friends goals.

Fans have been eagerly waiting for the third installment of the 'Munna Bhai’ sequence, starring Sanjay Dutt and Arshad Warsi in lead roles. Producer Vidhu Vinod Chopra split the beans on whether the film is on cards or not.

Chopra stated that they haven’t made the third installment of Munna Bhai franchise because of the absence of an adequate script. Further, he added that Abhijat and Rajkumar Hirani are actively working on the script and hopefully, they are going to have a script by the year-end.

Recently, Arshad Warsi aka Circuit has confirmed that the script for the third installment of Munna Bhai is almost complete. He admitted he has no thought concerning the causes behind the delay.

Arshad additionally revealed that he was to collaborate with Dutt on another project, however, the movie needed to be placed on maintain due to the latter’s deteriorating health. Later, Warsi stated that Dutt has now recovered from cancer and will be focusing on the movie.

Bollywood actor Sanjay Dutt has finally opened up about his battle with cancer and is positive that he will ...