Buzzfeed just released this 'sarcastic meme' against Sasural's, & we are lol-ing! 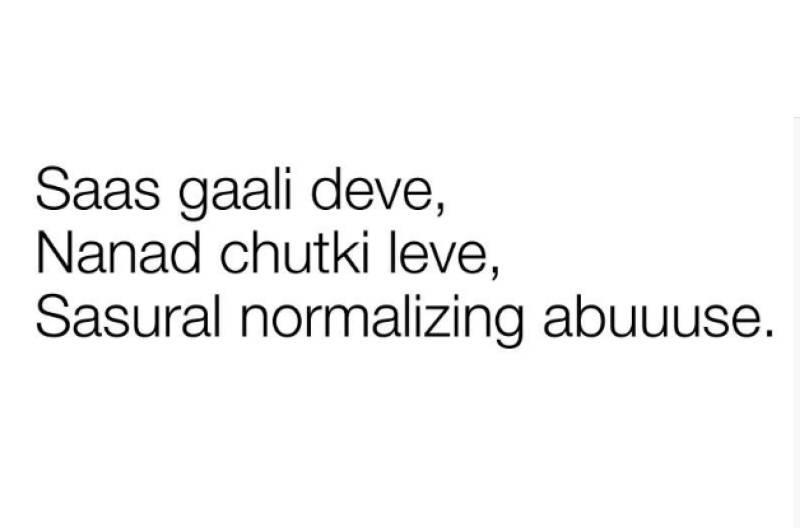 In India and Pakistan, people are lol-ing at this meme that BuzzFeed India just created a couple of hours ago.

However, some people criticized the meme, saying it's not okay to joke about such things.

To those people we'd say: RELAX!

It was created as a sarcastic tune to the song 'Genda Phool', which was an absolute favourite of Desi's who have seen or heard Delhi 6 songs (recall the Masakali era).

Yes, A.R. Rehman still hails as the king of music.

Here's the original meme published on Buzzfeed India 20 hours ago: 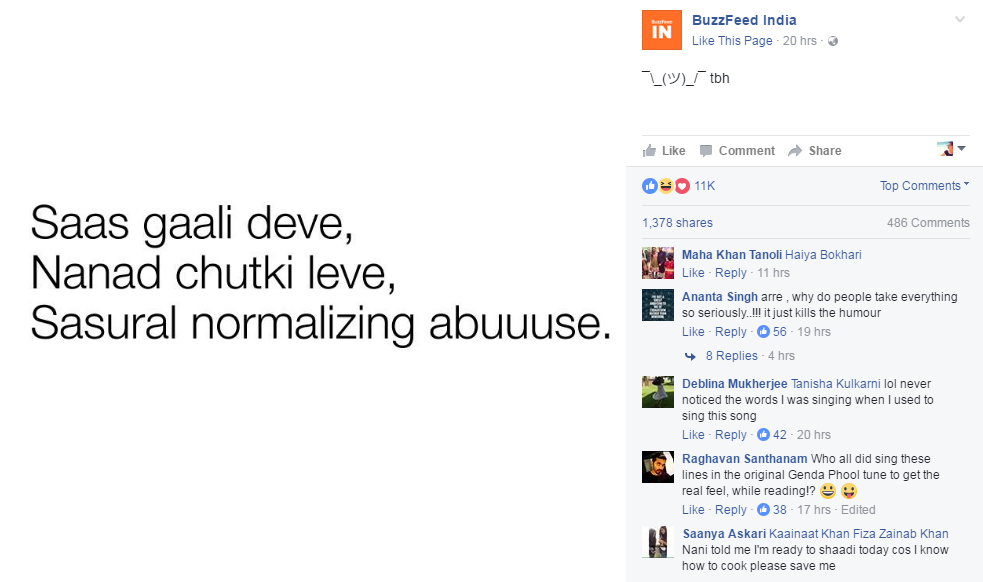 While the song suggests that 'susraal' or in-laws have good and bad days (for the bride), it states that there are people who fix these situations, and it's always going to be a roller coaster ride.