Pakistan pushes UN for granting right to self-determination to Kashmiris 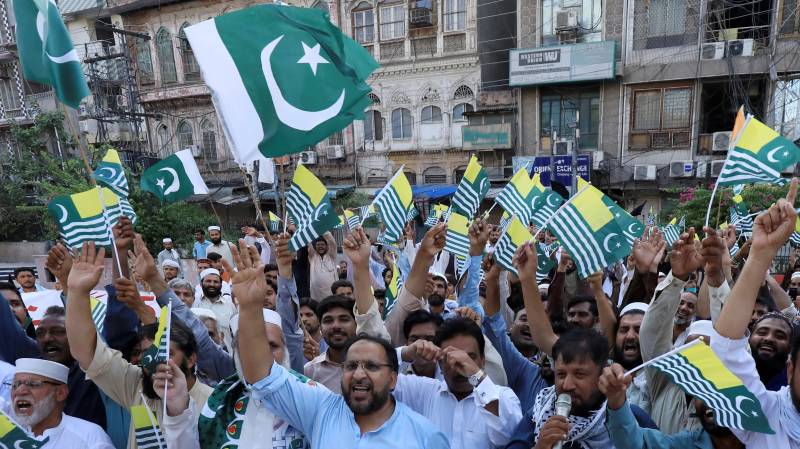 ISLAMABAD – Kashmiris on both sides of the Line of Control (LoC) and across the world are observing the Right to Self-Determination Day on Tuesday, with a renewed pledge to continue their struggle to get freedom from illegal Indian occupation.

It was on 5th January in 1949 when the UN Security Council passed a resolution supporting the Kashmiris’ right to decide their future by themselves through UN-sponsored plebiscite.

The day will be marked by various activities, including rallies, seminars and conferences across the world to remind the UN that it must implement its resolutions to settle the long-standing Kashmir dispute and save Kashmiris from the Indian atrocities.

Meanwhile, Hurriyet leaders and organizations have called upon the United Nations and international community to fulfill their pledge by granting Kashmiris their basic right of self-determination.

President Dr. Arif Alvi and Prime Minister Imran Khan in their separate messages have also urged the UN to honour its commitment of providing the right to self-determination to the people of Kashmir.

They said being a direct party to the Jammu and Kashmir dispute, Pakistan will continue its strong and steadfast support for Kashmiri people till realization of their inalienable right to self-determination in accordance with UN Security Council resolutions.

The President in his message said the global community cannot shy away from their responsibility in guaranteeing a free and fair plebiscite in Jammu and Kashmir.

The premier said for over seven decades, the life of Kashmiris in Indian Illegally Occupied Jammu and Kashmir has been a chronicle of state-sponsored cruelty and terrorism.

He said owing to Indian intransigence, the UN Security Council has failed to fulfill its pledge to the Kashmiri people.

Imran Khan said India has unleashed a new reign of terror in the illegally occupied Jammu and Kashmir since August 2019.