Pakistani advertising companies use the 'ANNOYING AD' technique, & here's HOW 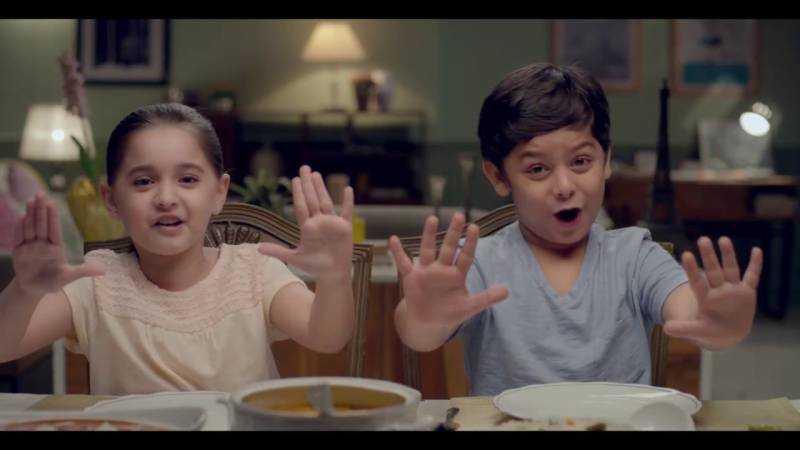 Everyone knows how Pakistan is all about advertising these days, just like any other developing country that's looking for saturation in the market places.

The products have become cheaper due to the competition, & there's so much choice for consumers at the moment that companies have started to compete based on their advertisements.

Whether it's Coke or Pepsi, Sprite or Fanta, Dettol or Surf Excel, Ariel or Q Mobile, companies have started to focus now, more than ever, on their advertisements.

Hiring major celebrities to be a part of their campaigns is one of the techniques being used by companies, annoying viewers out of their minds is the other.

Pakistani ad agencies have adopted the 'Annoying Ad' technique, which basically annoys people who are watching TV so much (the jingles & the repetition: playing over & over again) to the extent that the viewer is forcibly reminded of the jingle, as it is now part of his subconscious mind.

Advertisers who once saw their work as an art form might feel a little depressed at such a time, though.

However, we cannot shy away from the fact that making annoying ads makes you remember them MORE. Check out these beauties & understand:

Surf Excel kid literally messing his clothes with oil stains is kind of irritating to watch. Also, a little disgusting. We get that you're trying to help the old lady but it didn't have to be this oily & on our television screens ALL THE TIME.

Also, the music is now a part of every household, since this ad is on TV all the time. (We are so annoyed)

Showing these long-a** commercials is killing us.

We get that you want to offer us meaningful stories, but what about the term 'creativity in seconds'? Isn't that what the main reason for advertising on Television was, in the first place?

Who has time to sit through all these commercials and watch till the end? Even if you have a Chinese actor to play the part, it just doesn't work. We still think it's long & boring. Please make your advertisements shorter.

The (what they think is) catchy phrase in this jingle, Dettol Dettol Ho!, has become so annoying that people are usually around me singing it.

Making children a part of ads, for them means innocence and cuteness. Well, it's a little annoying for some of us.

And who talks back like that to their own 'Mamoo'? What kind of etiquette have these kids been taught? Not everything they show on Television is ethical, & kids of today need to be shown the difference.

All of the kids act real clever & are so opinionated at such a young age, what are we teaching the kids of tomorrow? To talk back to adults & outsmart them. Not a great concept, according to us.

Telefun was something that made our eardrums bleed every time the tune played, and yet we remembered it BECAUSE it was perhaps the most annoying advertisement of it's time.

Pakistani companies are known to use the 'annoying ad' technique, and play these ads for HOURS on end, after each and every minute, so that the viewer forgets how to enjoy the shows they're watching.

What is all this hype about showing Indian celebrities on our Television screens? Don't we have enough talent of our own to be shown on screens?

Not that we don't like Shahid Kapoor, he's eye-candy and we could watch this ad for hours.

However, let's not get distracted from the main focus of our conversation. Showing Alia Bhatt, Kareena Kapoor & Shahid Kapoor on our screens after every five minutes is not going to make us buy more cellphones from companies, Pakistani mobile makers, please understand that.

If it were so, Q Mobile would be doing more business than Apple.

So that's enough of a rant for the day. However, if you agree, do leave a comment & add something to the post!