PIA all set to bring back stranded nationals from Gulf States 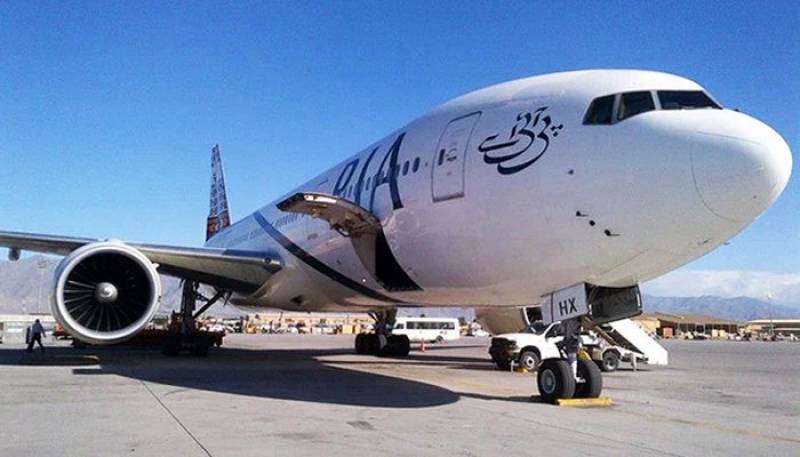 Sarwar, while speaking in a presser said instead of Airbus, Pakistan International Airlines would operate Boeing 777 to bring back the stranded Pakistanis from Dubai, Sharjah, Doha, and Bahrain on 18 flights before Eidul Azha as the operation of Boeing will help to fasten the repatriation process.

Reports quoting PIA spokesperson Abdullah Hafeez said ‘Arrangements have been finalized to repatriate the stranded Pakistani citizens and added that two Boeing 777 aircrafts are ready for Bahrain. It further added that ‘Thousands of stranded Pakistanis across the globe will be airlifted within a week’.

Hafeez further said ‘one flight from Doha will arrive with 155 passengers while another from Bahrain with 145 passengers today’.

74 Pakistanis stranded in India due to Covid-19 repatriated

Reports also suggest that ‘as many as 3,394 passengers will be repatriated from the United Arab Emirates by 10 PIA flights which will be operated between July 5 and July 18. In addition, six flights carrying about 2,916 passengers will be operated from Doha from July 6 to 18 while two Boeing 777 carrying 722 people will arrive between July 8 and 11.’

Earlier, officials announced taking action against airlines involved in overbooking. Civil Aviation Authority (CAA) has issued notices to five foreign airlines for causing inconvenience to the passengers by the cancellation of flights to Pakistan on July 02.