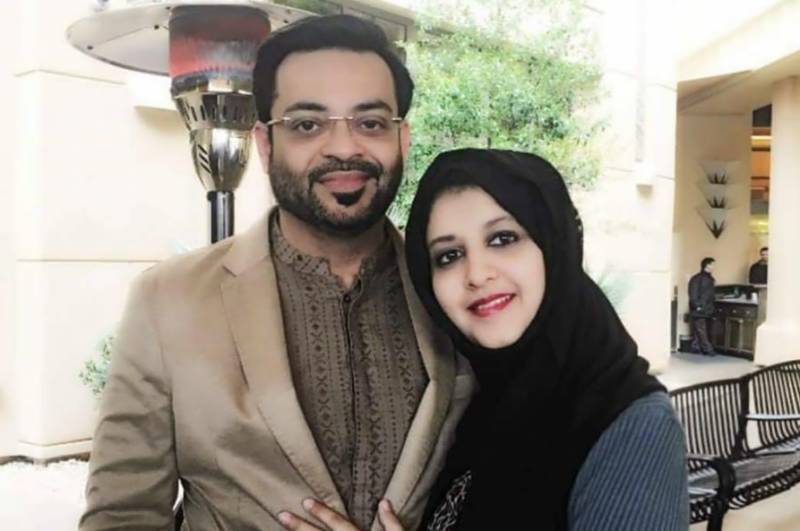 KARACHI – Bushra Iqbal went into the memory lane on Tuesday, sharing an old video of her former husband Aamir Liaquat Hussain and daughter Dua on his birth anniversary.

Hussain, a famed televangelist and political leader, was found dead at his home on June 9 as he was under severe mental stress after his third wife Dania Shah leaked his private videos on social media while seeking divorce from him.

The sudden death of Aamir Liaquat, who was born on July 5, 1971, sparked massive criticism as celebrities hit out at the keyboard warriors for defaming people while calling the social media a curse.

They shamed the internet trolls by highlighting that their relentless trolling makes them equally guilty because the keyboard warriors were taking the joy out of someone’s misery. Farhan Saeed, Zara Noor Abbas, Merub and many more have blamed the toxicity of social media for Liaquat's demise.

Today, Bushra Iqbal took to Twitter to share the video, in which late Aamir Liaquat can be seen making fun with his daughter. “Yaadein  #HBDAamirLiaquat,” she captioned the post.

After she shared the video, social media users prayed for eternal peace of decease Aamir Liquat.

Pakistani celebrities have expressed their concerns about an court order to perform post-mortem examination of the dead ...