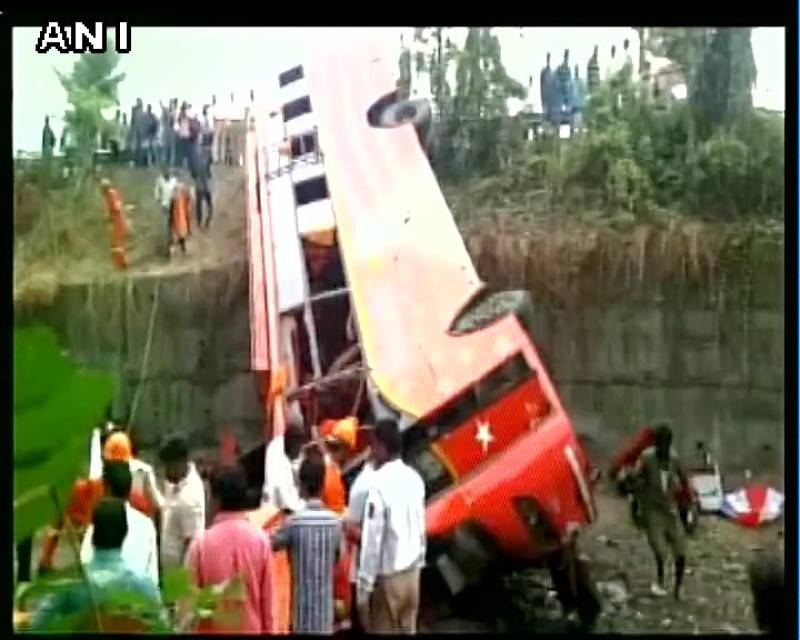 MUMBAI (News Desk) - At least seventeen people died and over 30 were injured when a bus fell into a 20-foot deep ditch after a deadly collision with two cars on the Pune-Mumbai expressway, Indian media reported on Sunday.

The bus was coming from Satara to Mumbai, and it rammed into two cars parked on the roadside. As a result, the bus went out of control and fell into the ditch along the road.

The injured and dead were immediately transferred to the MGM hospital in Panvel. Doctors fear that death toll could rise as many of the injured are in critical condition.

Police have started investigation into the matter. An initial investigation revealed that one of the two cars had a punctured tire and the driver of the other car had stopped to help change his wheel when the accident happened.