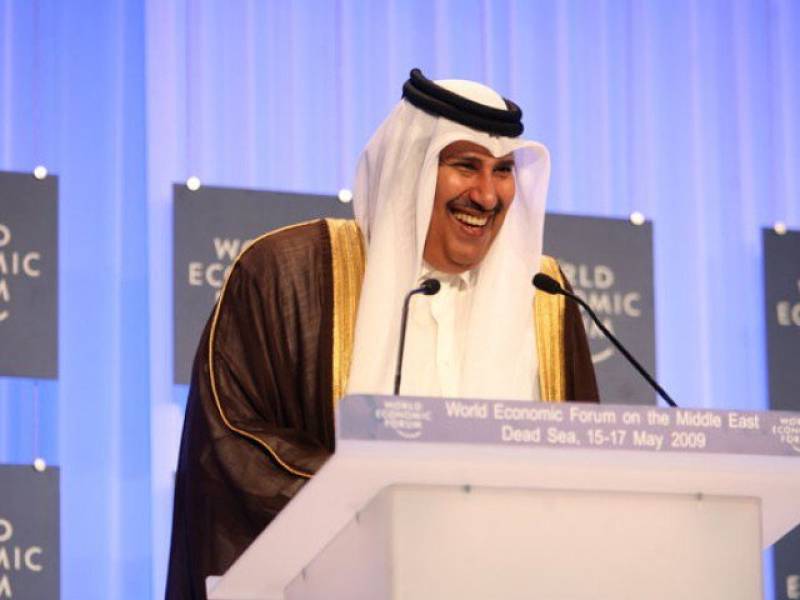 According to a report by Geo News citing highly-placed diplomatic sources, the Qatari prince in his written reply stood by the letter submitted by the Sharif family during the proceedings of the Panama case to bolster their money trail.

The prince, who was quoted repeatedly during the proceedings of the landmark case, reminded the JIT that he owned the content that was part of his previous letter.

The contents of the letter that could turn the tide regarding the proceedings of the JIT are, however, not yet confirmed officially.

According to Express News, Prince Jassim has maintained that he did not feel the need of physically appearing before the JIT after his reply.

It bears mentioning that the Joint Investigation Team constituted by the Supreme Court of Pakistan after its April 20th decision has intensified its proceedings and it would complete half of its work by Tuesday (tomorrow).

Jaber al-Thani had come to the rescue of the ruling family during the Panama case hearing in the apex court in November last year.

The Qatari prince in question had forwarded a letter during the proceedings in Supreme Court last year in which he stated that the London flats were gifted by Qatari royal family.

The letter addressing the apex court states that in 1980, Mian Muhammad Sharif (Nawaz Sharif’s father) invested 12 million Dirhams in the Al Thani company belonging to the Qatari prince’s father. “In the year 2006, the accounts in relation to the above investment were settled between Hussain Nawaz Sharif and Al Thani family, who then delivered the bearer shares of the companies referred in para 4 above to a representative of Hussain Nawaz Sharif,” the letter read. 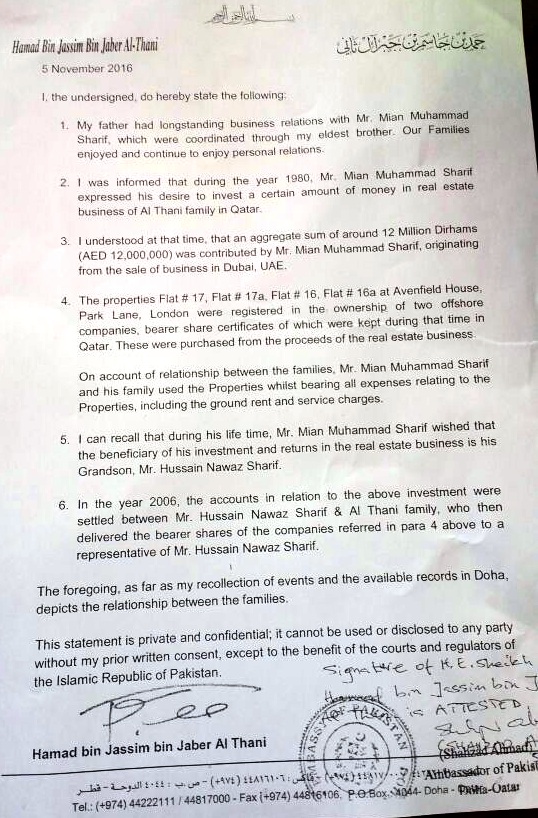 The Supreme Court in its April 20 judgment had set aside the letter that apparently was the fundamental point of Sharif family’s money trail.

The elder son of Prime Minister Nawaz Sharif, Hussain Nawaz has made four appearances before the Joint Investigation Team to record his statements.

Hussain who faced over three hours interrogation on Saturday affirmed that he would reappear whenever summoned by the team.

He maintained that evidence against the Sharif family would have surfaced during the stint of former President Pervaiz Musharraf, if any.

Hussain also confirmed that the prime minister has not been summoned by the Joint Investigation Team to this date.