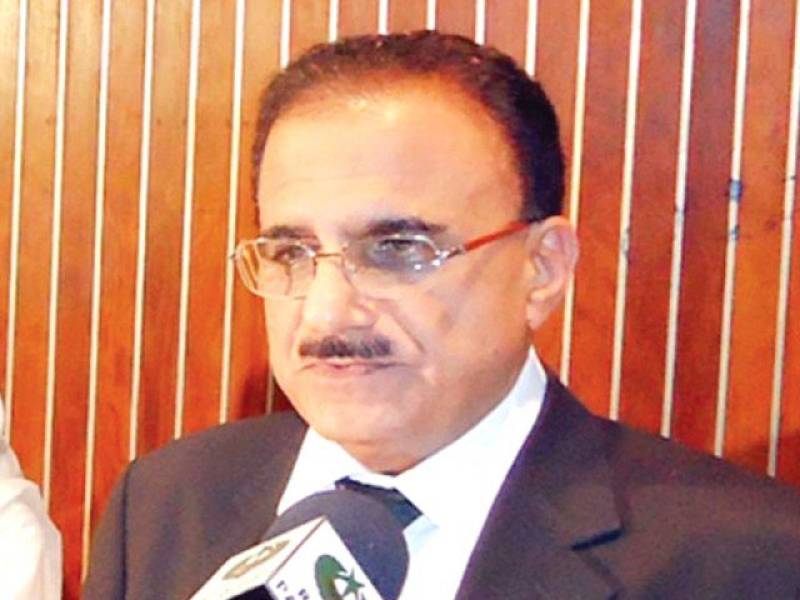 ISLAMABAD - The Election Commission of Pakistan announced on Tuesday that former judge of Supreme Court, Justice (retd) Dost Muhammad Khan will take over as the caretaker chief minister of Khyber Pakhtunkhwa.

ECP's Additional Secretary Admin Nazir Akhtar, in a media talk, said that the name of the former justice has been selected in a high-level meeting, headed by the chief election commissioner.

Khan also served as Chief Justice of the Peshawar High Court from 17 November 2011 to 31 January 2014. He refused to take oath under the Provisional Constitutional Order (PCO) 3 November 2007 and rejected all kinds of offers.

Khan was born on 20 March 1953 in Bannu District of KP and started his professional career as a lawyer in 1976 and served in lower and high courts as well as the Supreme Court of Pakistan.

The names pitched by Pakistan Tehreek-e-Insaf are Aijaz Quraishi and Himayat Ullah Khan while opposition suggested Manzoor Afridi and justice (r) Dost Muhammad for steering the province till the next regime takes charge.

Pakistan Tehreek-e-Insaf Chairman Imran Khan had earlier rejected the name of Manzoor Afridi suggested by his own party for the position of caretaker chief minister of Khyber Pakhtunkhwa.

PESHAWAR - Pakistan Tehreek-e-Insaf Chairman, Imran Khan has reportedly rejected the name of Manzoor Afridi for the ...

The matter was then referred to ECP when government and opposition failed to make a consensus on the issue.