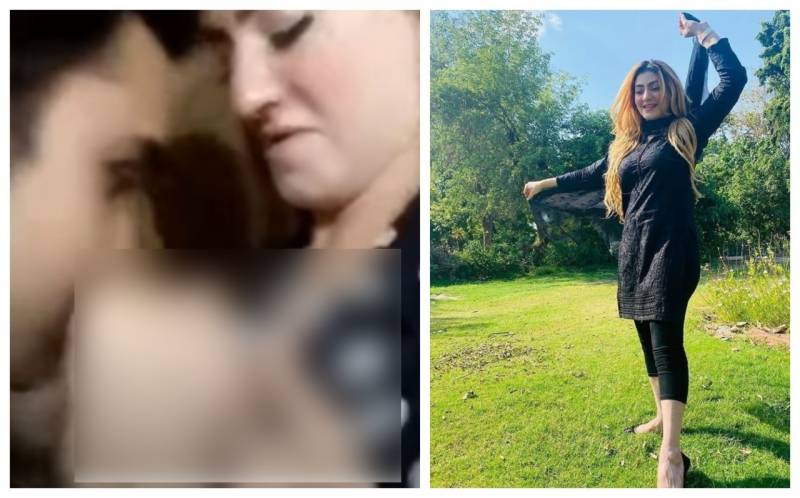 TikTok star Anmol Noor, who has been the talk of the town for her bold videos, came under the spotlight once again after a leaked video of her surfaced online.

The intimate video of a few seconds has taken the internet by storm with most of the people criticising the tikkoker over the indecent act.

The video shows a man snorting a line of cocaine from the chest of Noor, who can also be seen enjoying the moment.

Social media users said that tiktokers like Anmol Noor are spreading obscenity to get some likes on their videos.

Another user has demanded action against the TikTok star over the use of cocaine in the video.

Anmol noor using cocaine in live vedio
We are waiting for justice system check this girl and boy what they are doing ...and what law systems are doin
Where we are stand ?#کرپٹ_آزاد_کیوں #AlizehShah #anmolnoor #drugsinpakistan #ImranKhanPTI #Atifshoukatali #anmolnoortiktoker pic.twitter.com/LPvostulrU

The TikTok star has yet to respond to the criticism following the video leak. It's not clear yet if the boy snorting the stuff from the tiktoker's chest is her boyfriend or related to her in any way. It's is also to be ascertained yet if he was really taking drug in the video or just imitating drug addicts for fun.

Leading Pakistan actress Mehwish Hayat has been juggling with films, television, singing for over a decade now and ...