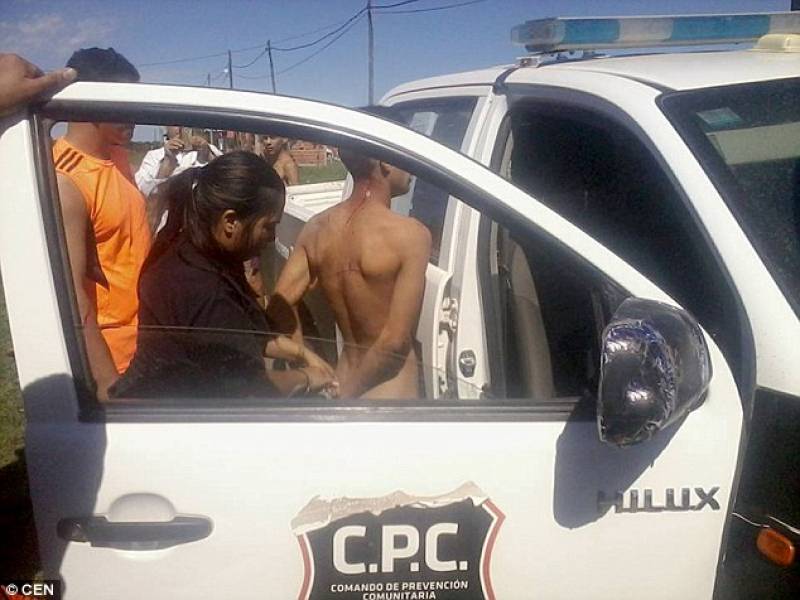 BUENOS AIRES, Argentina (Web Desk) -  A man has been paraded naked for allegedly attempting to rape an eight-year-old girl and then forced to walk around the community to publicly shame him, The Mail reported on Saturday.

The incident happened in the neighbourhood of Santa Brigida in Buenos Aires, Argentina.

Images of his walk of shame show the naked young man, who is yet to be identified, being pulled by a rope for eight blocks before his captors hand him over to the police.

The images were uploaded by some of the locals on social media with the caption: 'The neighbours of the community have done justice when we apprehended a criminal who was about to rape a little girls of just 8 years, and we handed him over to police who we hope will get justice for the innocent girl.

There is no news yet as to what action the authorities will take against the man or what evidence locals had to humiliate him as they did.