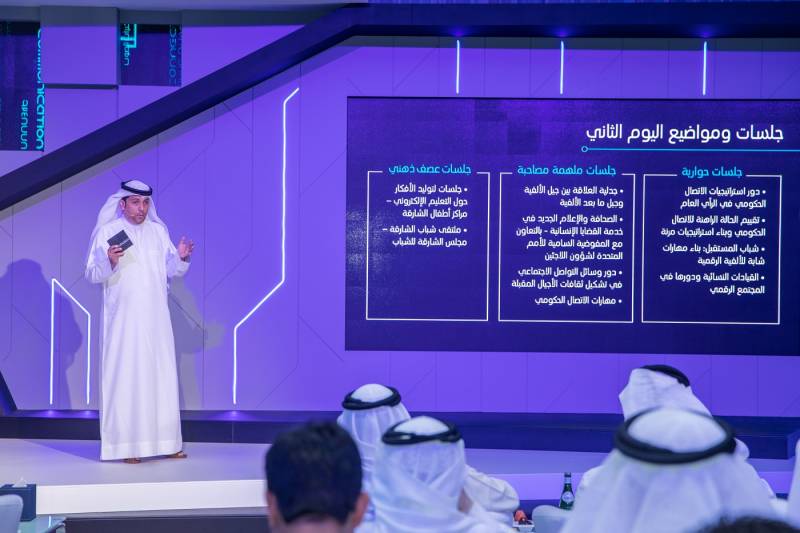 The Forum will host more than 40 speakers from 16 countries, and addresses an array of topics on ‘The Future of Government Communication in the Age of the Digital Community’ under the theme “Digital Millennium … Where To?”

The event will feature 18-panel discussions and inspiring sessions, 6 interactive talks, 4 brainstorming sessions for children and young adults and 7 workshops for journalists, government communication experts and visitors to the Forum and the event is anticipated to welcome up to 3,000 government officials, communication experts and specialists from across the world.

Sheikh Sultan bin Ahmad Al Qasimi outlined that the Forum was launched seven years ago, under the directives of His Highness Sheikh Dr Sultan bin Mohamed Al Qasimi. He underscored that it aims to highlight the best practices that achieve better and easier communication between the government and the public.

It also promotes Sharjah as a developed and progressive Emirate that has preserved its values and heritage and is dedicated to being an engaging multicultural hub to achieve a more positive communication between governments and people to serve the stability and interests of global communities.

“The Forum seeks to develop a roadmap designed for government entities that take the initiative in communicating with the public through all traditional and modern channels, to elevate services and achieve the objective of satisfying all community members. The Forum is dedicated to implementing this strategy, and in doing so, it has become a reliable and trusted reference for an array of international communication case studies, and played a fundamental role in enhancing the systems of such communication in the Emirate of Sharjah and UAE,” he said.

He pointed out that dedicating a key theme for each edition of the event aligns with the variables imposed by modern development and community growth. It provides an ideal platform to explore challenges on the most pressing issues in society, and link them to government communication to transform theoretical concepts into practical solutions.

He noted that the theme of the Forum’s seventh edition ‘Digital Millennium… Where To?’ aims to explore the future of government communication in view of technological developments in the present and future.

HE Tariq Saeed Allay addressed the Forum’s details with a focus on its unique features which will see interactive sessions and speeches conducted by renowned speakers from around the world. It will enhance coordination with global communication giants such as LinkedIn.

It will host a group of children from the Sharjah Arab Children Forum (SACF) for the very first time, and will feature more young adults at the sessions and events. It will also see the launch of a special edition of the Harvard Business Review Arabic magazine on the future of communication. 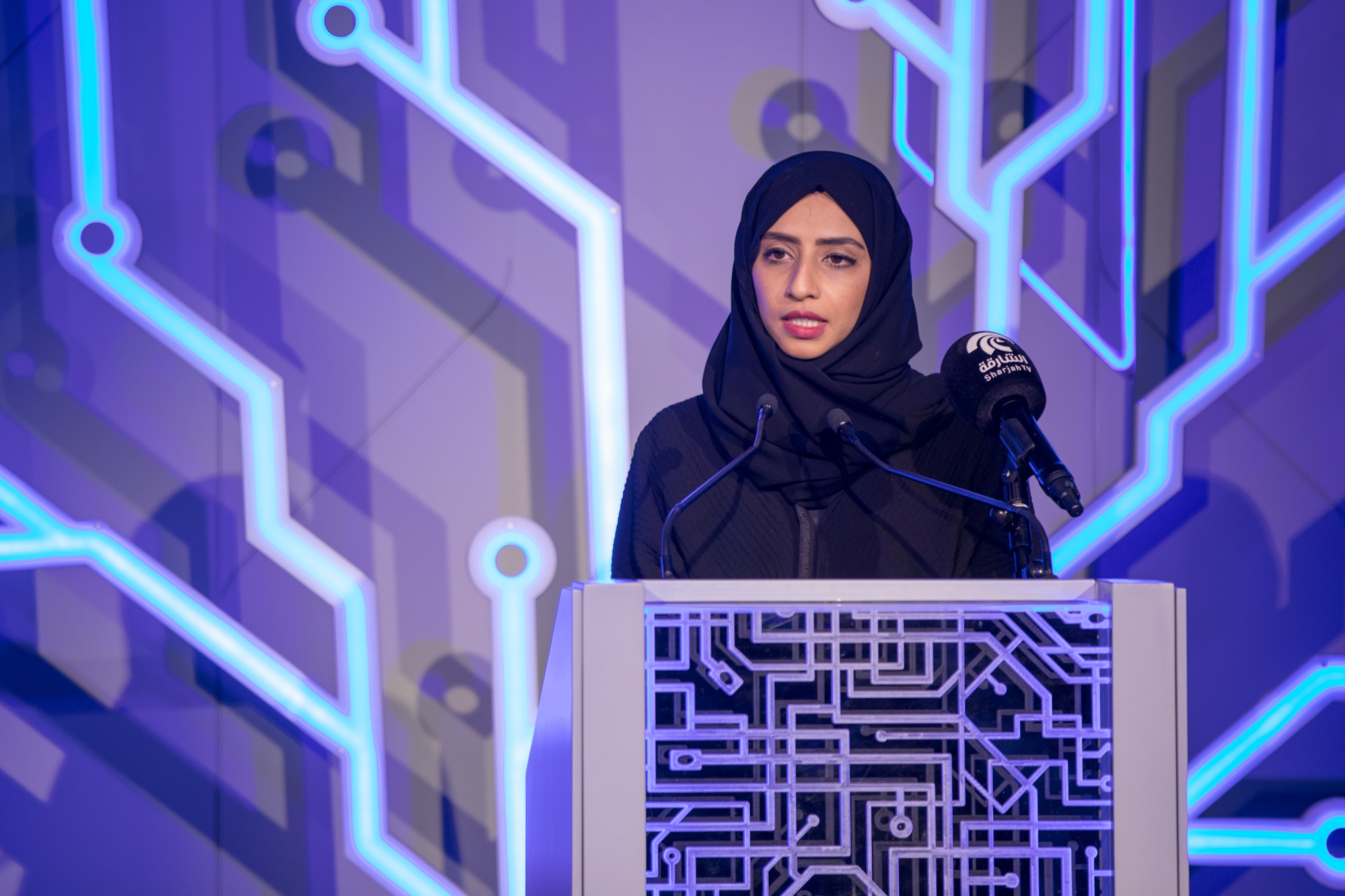 Allay said that the Forum will be addressed by world leaders and eminent speakers including HE Ameenah Firdaus Gurib-Fakim, President of Mauritius; Lech Walesa, former President of Poland; HE Noura Mohammed Al Kaabi, Minister of Culture and Knowledge Development; HE Mustafa El Khalfi, Moroccan Minister of Communications and Spokesperson of the Government, HE Majd Shweikeh, Jordanian Minister of Information and Communication Technology,  Sean Spicer, former White House Press Secretary; Dr Ali Jawad Qasim Al Lawati, Advisor of Studies and Researches at the Diwan of the Royal Court in Oman.

On the first day of the Forum, the main session will be held under the title ‘Governments and the Private Sector… Responsibilities and How They Fit in the Age of Digital Communities’.

It addresses how governments manage multinational companies that lead information and communications technology, the required laws that organise citizens’ footprints and the mechanisms that can be approved to ensure the adequacy of government communication in a world with multiple references.

It also discusses the role of the private sector in supporting e-governments, and the influence of information and communication technology companies in enhancing development and digital transformation.

Titled ‘Female Leadership and its Role in Digital Communities’, the second panel addresses the role of female leadership in enhancing the principle of integration and engagement in elaborating the new age, as well as the mechanisms of empowering women and developing skills and expertise, enabling them to play their role in the development process.

Titled ‘Youth of the Future: Building Young Skills for the Digital Millennium’, the fourth panel addresses the most significant skills that young people should learn, and the role of the private sector in supporting governments in their quest to prepare young generations for a new millennium, as well as the role of current generations in national agendas. 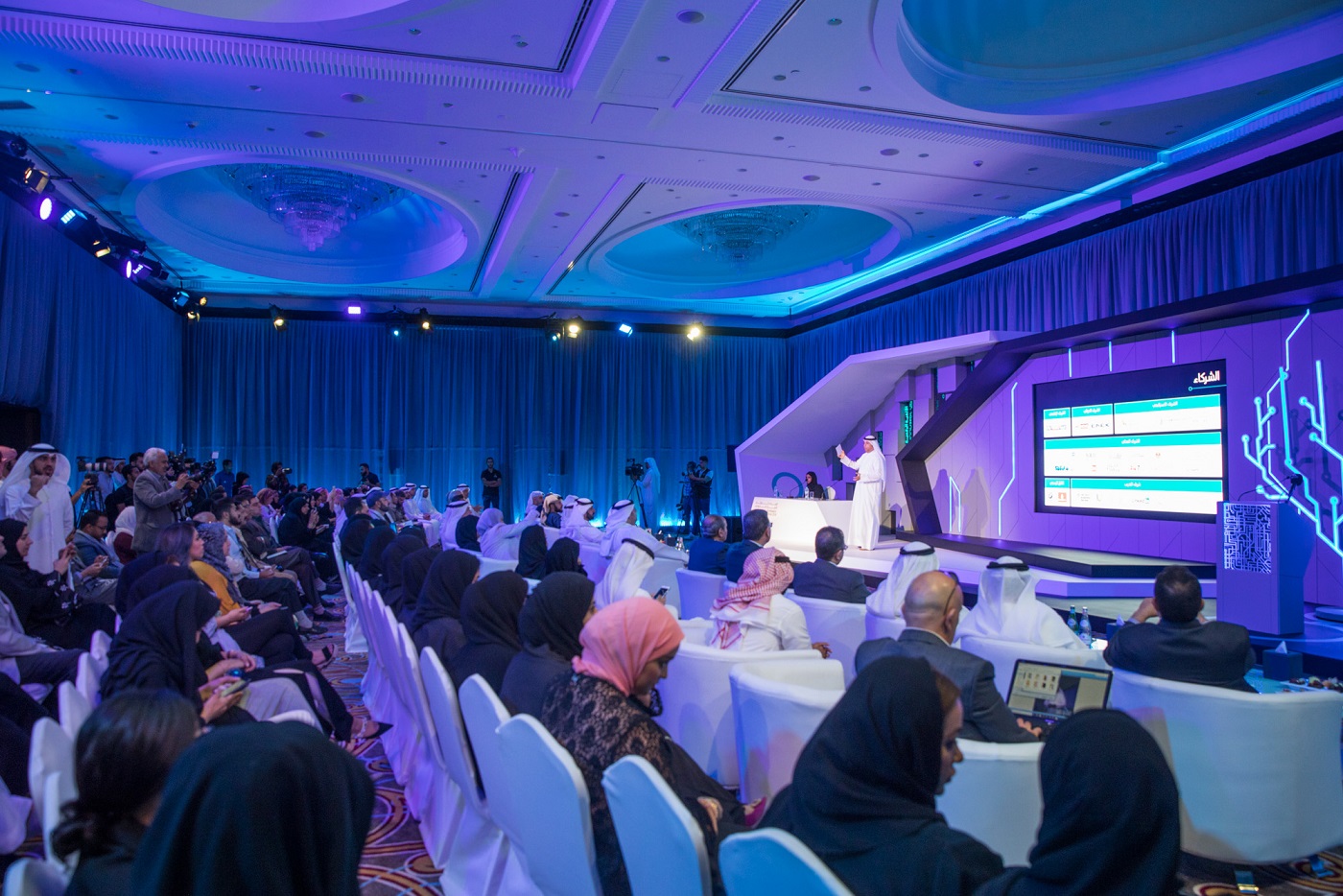 The final session will be addressing ‘Telecommunications and the Support for Future Governments’.

Allay pointed out that for the first time the Forum will feature six interactive addresses by six speakers on the first day of the event. The first, by Tanmay Bakshi, will discuss ‘Artificial Intelligence (AI) as the Key to the Future of Government Communication – Challenges and Opportunities’, while the second address by HE Noura Al Kaabi focuses on ‘Young Leaders: The Future of Government Communication’

The third address by Sir Timothy Berners-Lee discusses ‘The Future of Open Data in Light of Private Sector Domination’. The fourth address by Simon Anholt will discuss ‘Better Public Communication for a Better Country’, while the fifth address by Heath Slawner will be themed ‘Harnessing Government Communication in Inspiring People’ and Khalifa Hassan Al Shamsi will speak on ‘Telecommunications and Supporting Governments of the Future’

Workshops to Develop Capabilities of Journalists and Communication Experts

The second day will feature four sessions, namely; ‘The Dialectical Relationship between the Millennium Generation and Post-Millennium Generation’, ‘Government Communication Skills’ and a session titled ‘New Media in Serving Humanitarian Issues’ in cooperation with the United Nations High Commissioner for Refugees (UNHCR).

In a bid to further enrich the Forum’s agenda and events, it will feature for the first time four brainstorming sessions that aim to engage children and young adults in public issues, and stimulate them to develop ideas and visions on their topics of interest.

In keeping with its dedication to develop government communication and provide personnel with relevant skills and expertise, the Forum will organise seven workshops over two days.

Two workshops will be organised in cooperation with the United Nations; the first is on day one, targetting media professionals on the role of media in the digital age, while the day two workshop is designed for communication experts on digital and government communication, and interaction with young generations and media personnel.

The Forum will manage four more workshops; the first is in coordination with LinkedIn and themed ‘Building and Managing Professional Communities and their Impact on Debate’, while the second is in cooperation with the IGCF’s Academic Committee on ‘Digital Diplomacy in Government Communication’.

Two workshops are coordinated by the Sharjah Press Club; the first one is themed ‘Multimedia and Global News’ in collaboration with Reuters, while the second is in coordination with the Harvard Business Review Arabic magazine. The event will curate a series of workshops that are designed for young visitors, conducted by ‘UTURN’, a pioneering Saudi entertainment network that broadcasts its programmes on YouTube.

Sponsors of services include Sharjah Roads and Transport Authority and Sharjah Electricity and Water Authority, while sessions are moderated in collaboration with BBC.

Since its inception in 2012, the IGCF has been successful in enhancing government communication in the UAE and the Arab world, and developing communication channels between governments and communities.

It has hosted many presidents, heads of government, thought leaders, state officials, presidents and CEOs of regional and international entities as well as civil society organisations, who share their expertise and exchange their visions on the best methods of elevating communication and increasing its efficiency.