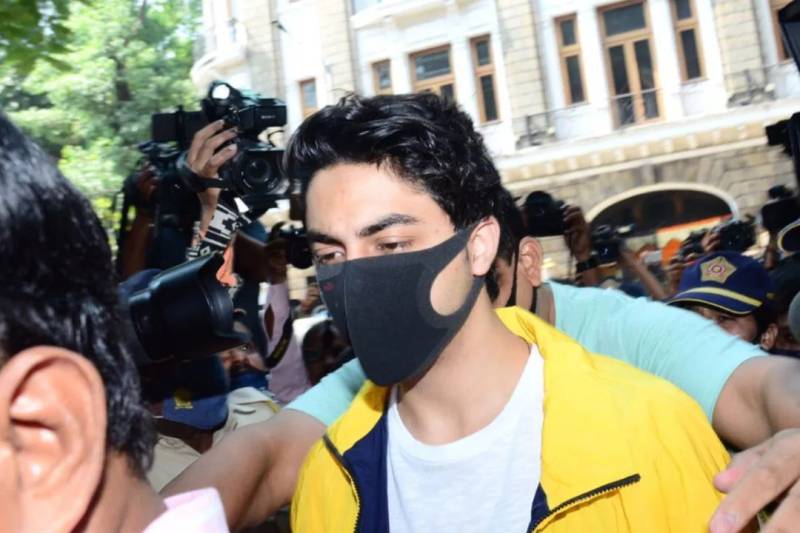 Bollywood King Khan Shah Rukh's son Aryan made his first appearance at the Narcotics Control Bureau (NCB) on Friday a week after returning home from his 22-day-long judicial custody in jail.

The 23-year-old starchild marked his attendance at the NCB office at Ballard Estate in south Mumbai around 12.15 pm.

The first video of Aryan Khan has been shared on Instagram by an Indian photographer in which he can be spotted dressed in a bright yellow jacket, a crisp white T-shirt and denim trousers.

A large number of people were also present at Aryan's appearance at the NCB office while Shah Rukh's bodyguards also accompanied him to provide security.

During the appearance at the NCB office, the media representatives tried to talk to Aryan but he left without conversing. His bail conditions include the condition that he will not speak on any media platform or social media in connection with the ongoing case.

Earlier, the Khan family has been swept up in legal troubles as Aryan was arrested on October 3 and was sent to judicial custody on October 7. He had been locked inside a special barrack of Arthur Road Jail since October 8.

Bollywood star Shahrukh Khan's close friend and popular actress Juhi Chawla has come forward to help as she has signed ...