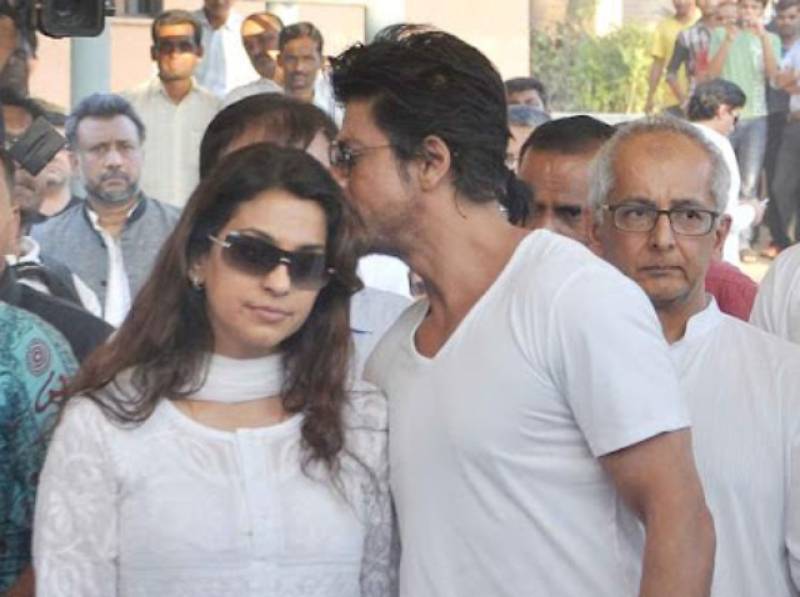 Bollywood star Shahrukh Khan's close friend and popular actress Juhi Chawla has come forward to help as she has signed an INR 100,000 surety bond for the release of Aryan Khan.

Juhi and SRK have worked together in many popular films, including Yes Boss and Duplicate.

According to the Hindustan Times, Chawla arrived at the special narcotic drugs and psychotropic substances court in Mumbai on Friday evening to sign the bond, after the bail conditions were given by the Bombay High Court. Aryan was granted bail by the high court on Thursday but was not initially released.

Expressing her happiness, Chawla said that Shahrukh Khan's son's bail is a 'big relief' for family and fans.

“I'm just happy that it's all over and Aryan Khan will come home very soon. I think it's a big relief for everybody, Ab baccha ghar aa jayega (Our child will come home now),” she added.

Chawla has known Aryan since his birth due to her professional association with his father, Aryan's lawyer said. As part of his bail, Aryan will have to surrender his passport and report to the NCB office every Friday.

Earlier, the 23-year-old starkid was arrested by India's Narcotics Control Bureau during an October 2 raid on a cruise ship in Mumbai and charged with possession of narcotics. He was remanded into NCB custody till October 7 and presented in court.