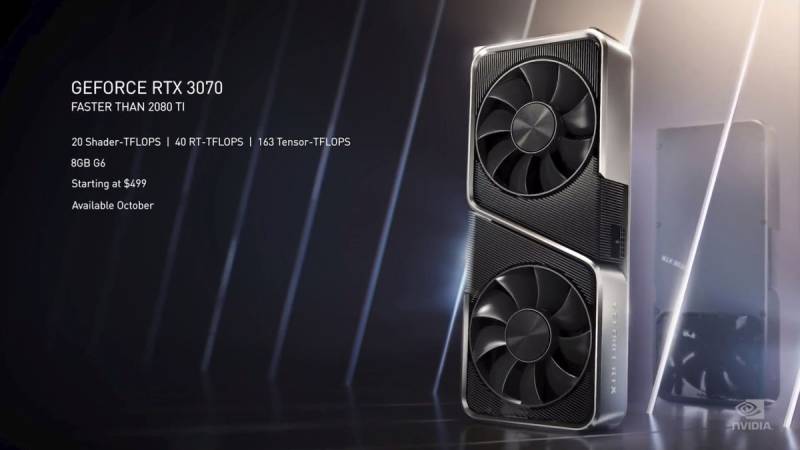 Nvidia announced the release of its next generation of GPU’s last month and the launch of its flagship GPU’s the RTX 3080 and the RTX 3090 has been widely criticized.

The cards saw massive performance gains over the previous generation, but you could only witness that if you could get your hands on one. The stock for both the RTX 3080 and RTX 3090 sold out in mere seconds, and many have accused Nvidia of holding a paper launch.

Official statements from Nvidia states that they did not expect such massive demand for their product and have apologised consumer for supply shortages. Nvidia and other partner manufacturers have promised to ramp up production and replenish stocks to meet the demand as soon as possible.

The RTX 3070 was set to launch on October 15th and is the best value option out of the new GPU’s, the 3070 was expected to be the highest selling RTX 30 series card. Nvidia has now announced that the company will be delaying the release of the RTX 3070 to October 29th, so the company can have a higher stock on the launch day. Nvidia’s decision to delay the launch might also be motivated by AMD’s release of its new GPU’s which is set to take place on October 28th. Leaks have pointed towards AMD GPU’s offering similar performance to the RTX 3070 and RTX 3080 at a slightly lower price. Nvidia might end up lowering the price of the RTX 3070 if that turns out to be the case.

The RTX 3070 will be available on October 29th for $500 directly from Nvidia's website and other major retailers like NewEgg, Amazon and Best Buy. We hope the launch will not be plagued by supply issues faced by the RTX 3080 and 3090.