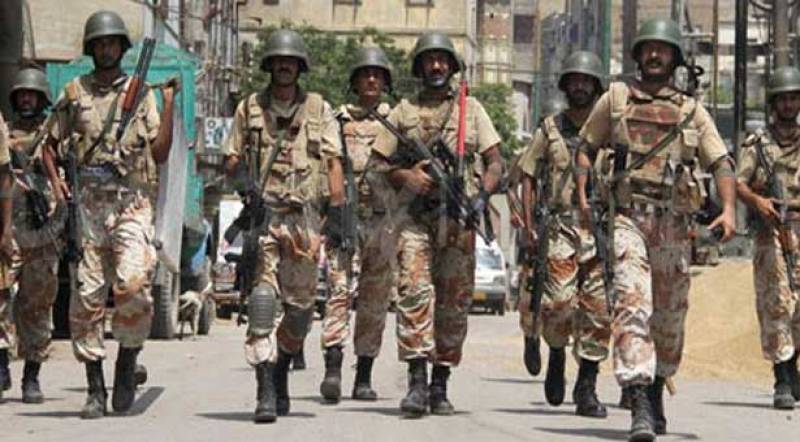 KARACHI (Web Desk) - The Rangers claimed to have killed three suspects belonging to Lyari gang-war in a shoot-out taken place in the upscale neighbourhood of Defence Housing Authority (DHAH) here in the wee hours of Monday.

A paramilitary personnel was also injured the incident, he added.

19 SMG, two LMG and three grenades among a huge cache of weapons were recovered from the possession of the suspects, claimed the Rangers spokesman.

The ongoing operation by police and Rangers to eradicate the metropolis of criminals and terrorists has intensified with hundreds of suspects arrested and arms and ammunition recovered in huge quantities in raids so far.

The operation was launched by the federal government with consent of all political forces of the country last year.