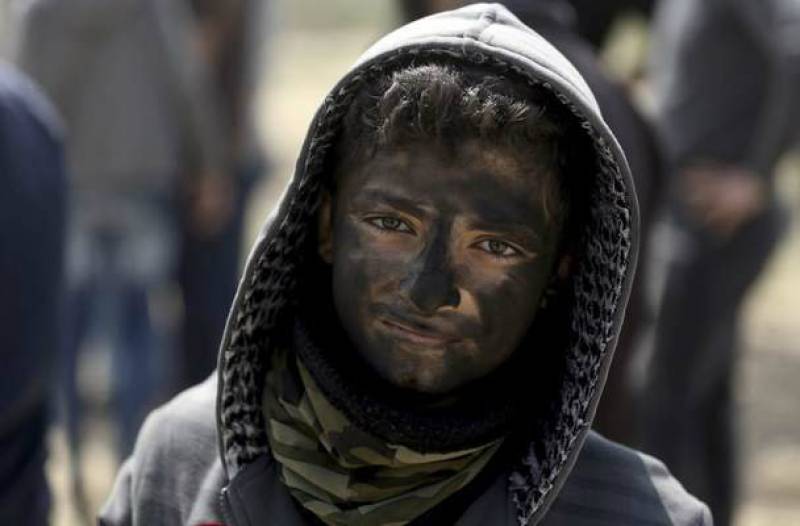 GAZA - Israeli forces shot dead seven Palestinians on Friday as thousands protested and clashes erupted along the Gaza border a week after a similar demonstration led to the bloodiest day since a 2014 war.

The illegal state of Israel pushed up the Gaza death toll for the past seven days to 21 when it launched a drone-directed missile at a Palestinian it called an "armed terrorist.” Red Crescent paramedics found 23-year-old Mojahid al-Khodari’s body to the east of Gaza City.

Another Palestinian who was shot in last Friday’s massacre when Israeli snipers fired into mass protests along the border died of his wounds. 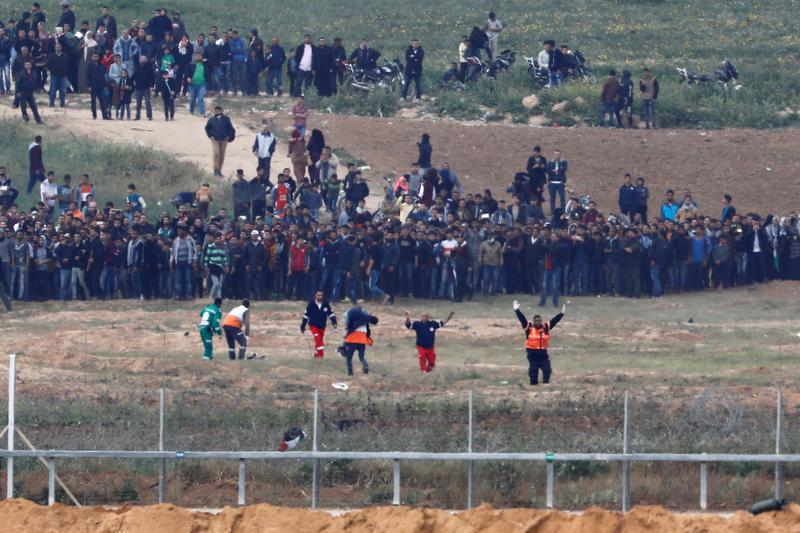 Gaza's health ministry also reported that around 40 Palestinians were wounded by around mid-afternoon.

Thousands of protesters gathered in locations near the border east of Khan Yunis, in the south of the blockaded Palestinian enclave, and east of Gaza City.

The number of protesters was however much lower than last week, when a demonstration by tens of thousands led to clashes in which Israeli forces martyred 19 Palestinians.

GAZA CITY - Palestinians are observing a day of national mourning for at least 17 people who were shot dead by Israeli ...

The Israeli Defence Forces issued a statement saying: “Overnight, an Israeli Air Force aircraft targeted an armed terrorist adjacent to the security fence in northern Gaza,” adding that IDF operations against “terrorists” will not allow “any harm to the security of Israeli civilians.”

Israel had warned that its open-fire rules would remain unchanged for Friday's protests, pledging to stop any damage to the fence and prevent infiltrations or alleged attacks. But it has faced mounting criticism over its use of live fire, and UN chief Antonio Guterres called for restraint.

"I particularly urge Israel to exercise extreme caution with the use of force in order to avoid casualties. Civilians must be able to exercise their right to demonstrate peacefully," he said in a statement. 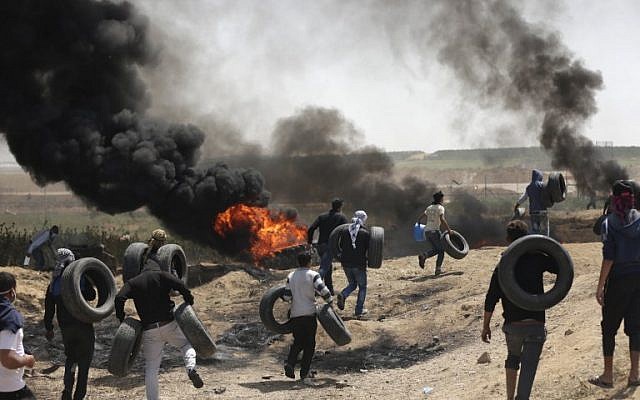 Further mass demonstrations are expected along the border today as Palestinians continue their Great Return March protests to dramatise Israel’s denial of their UN-proclaimed right to return to their ancestral homes.