At least 15 Palestinians killed as Israel hits Gaza with airstrikes 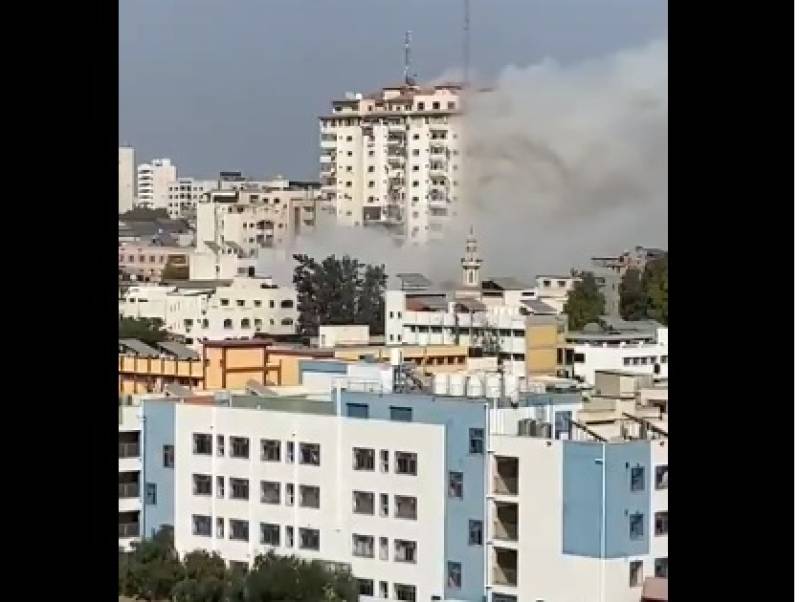 GAZA CITY – More than a dozen Palestinians, including a minor girl, were killed in fresh airstrikes launched by Israeli warplanes on Gaza strip on Friday, in a major attack since the occupants carried out massacre in Gaza in June last year.

The health ministry in Gaza, according to reports, said at least 15 people, including a five-year-old girl, were killed in the attack that has left nearly 100 people injured.

It feared that causalities due to Israeli raids could increase as efforts are underway to retrieve people from a building targeted in an airstrike.

Taysir al-Jabari, a commander of the al-Quds Brigades also died in an air raid on an apartment in the Palestine Tower in the centre of Gaza City, reports said.

In response to the aggression, rockets were fired from Gaza towards Israel but they were intercepted by Israel’s Iron Dome anti-missile system.

In a statement, Hamas said that Israel has once again committed war crimes by attacking residential buildings.

Meanwhile, Pakistan Prime Minister Shehbaz Sharif has condemned Israeli airstrikes on Gaza, stating that the killing of a minor girl is a clear evidence of Israel’s terrorism.

Martyrdom of 10 Palestinians including 5-year-old girl in Gaza is latest act of Israeli terrorism.If impunity & barbarism had a face, it would have been that of Israel, which has targeted Palestinians without any care for consequences.Pakistan strongly condemns Israeli airstrikes

“If impunity & barbarism had a face, it would have been that of Israel, which has targeted Palestinians without any care for consequences. Pakistan strongly condemns Israeli airstrikes,” he wrote on Twitter.